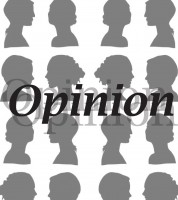 [/media-credit]Let me start off by saying how I’ve been fortunate enough to attend a Frozen Four game in Pittsburgh for a minimal cost of $40. I’d like to thank Quinnipiac Athletics, I’m forever grateful. But let’s cut straight to the point. The student section should not be used to make a quick buck. It’s a free seat for students only.

Students. Free. That is all.

At least, that’s how it’s presented to us every day in the 20 athletics emails we receive. Every game, I arrive early to ensure I’m able to view the game in the best seat at my discretion. Several times right before the puck drops I’ve been yelled at for sitting in a seat in the student section.

Yes, you read that right. I, and many other students, have been screamed at by university officials for sitting in the student section. Why? Because the ticket office and/or Athletics decided to double sell seats in the student section. I’ve had to deal with several instances where adults have told me that I didn’t belong in my seat and I had to move.

Don’t sell seats in the student section. It’s as simple as that.

Last year a sorority paid to reserve part of the student section. All of the seats were filled in this section before they arrived to the game causing a huge commotion during the game. Athletics and the ticket office made the conscious decision to not inform the school over email that this would be happening. The sorority expected the seats to be vacant, but the ticket office ended up just pocketing the sorority’s money–off of seats that are already free–leaving students to deal with the mess. It’s not fair to us.

This happened to me. In this event, don’t expect me to move without any notice. I don’t have to move. I am a student sitting in the student section. It’s already enough that students can’t sit in the first two to three rows every other game because the seats are reserved for certain groups. If you want to reserve seats, do it in a section that isn’t already reserved for students. Put more effort into hosting guests besides printing out a piece of paper and taping it to a free seat. If you’re looking to make money off of free seats, expand the building.

I’ve heard many students that live close to Hamden complain about student section seats over breaks. The same amount of student seats are given out over breaks so students come and bring their families to sit in the student section. To their surprise, the four sections designated to students have been extremely downsized to two rows. Was this mentioned, advertised, or even on the student generated ticket? Of course not.

Ariana Stover, an avid hockey fan, has generated student tickets over winter break for her family to go to the game.

“I’ve emailed the ticket office about the tickets and they’ve always told me that they sell into the student section when we’re on break,” she said. “But they aren’t specific about which seats in the student section they’re selling. So when I go I end up playing musical chairs with my family and it sucks. I just wish they were more specific about the decisions they make.”

But athletics wants as many people in the building as possible even if it means double selling a seat. It’s embarrassing and truly a disappointment that we as students have to deal with this mediocrity when it comes to wanting to see our peers and friends excel in what they do best.

Moral of the story, if students are supposed to sit in a certain seat in the student section, make it apparent. Have it specified on our tickets. If the school is going to give one of the four sections to an organization, modify the tickets to which section we are allowed to sit in. It’s simple. Put effort into your job. On the student generated hockey tickets it says sections 108-111. So I’m going to sit in any seat I want that’s within section 108-111. Don’t tell me to move!