Designers who stole the runway 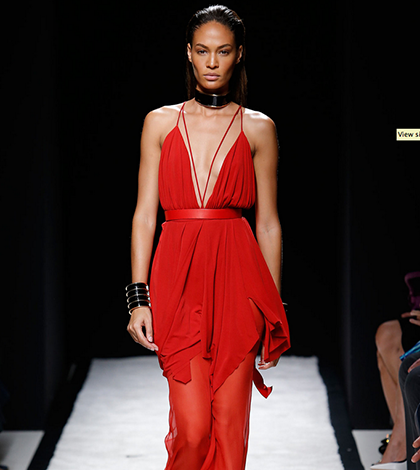 Balmain brings edge to women’s outfits in the workplace

Olivier Rousteing, creative director for Balmain, decided to talk about sex during Paris Fashion Week. Rousteing wanted to twist Balmain’s reputation and give it an edge from his generation.

He went with the traditional runway for this Ready-to-Wear fashion show.This allowed viewers to see how much sex appeal he brought to women’s work apparel through the colors, cut outs and grid patterns.

Many Balmain fans were eager to see how Rousteing would pull this off. The designer gave women’s work attire sex appeal, while still keeping it classy in the office.

The Kardashian-West family was there to support Rousteing. Kanye West took a step in Balmain’s direction of sex appeal by showing people his cleavage, while wearing a black and gold blazer over it. Kim decided to take the more conservative approach that night, wearing a dress only showing the neck.

“There is nothing wrong in saying that sexy today is modern and exploring the sexiness,” Rousteing said to Women’s Wear Daily. “I love the fact that sexiness is a power today. For me, sexiness is not only about a shape. It’s about see-through.”

The theme for this Spring Ready-to-Wear line was more than sex appeal in the workplace; it was women becoming assertive and not being ashamed to take control of their sexuality.

Rousteing was serious about using sheer materials to show sex appeal. He used grid patterns over many of his see-through items such as long sleeved shirts and skirts.

The designer also worked with the art of the cut-out in simple work attire such as pant suits and skirt suits. This brought a lot edge and sex appeal to the clothes on the runway. The cutouts were featured on the side of the jackets, in the back of the clothing or as a deep V-cut.

Balmain worked with the idea of how to incorporate color into the wardrobe while keeping it sexy as well. Four of the models wore monochrome pantsuits in different styles; showcasing how you can play with the whole scheme of assertive sex appeal. Rousteing put a bunch of colors together in pencil skirts to show how women can put colors together when getting ready for the office. 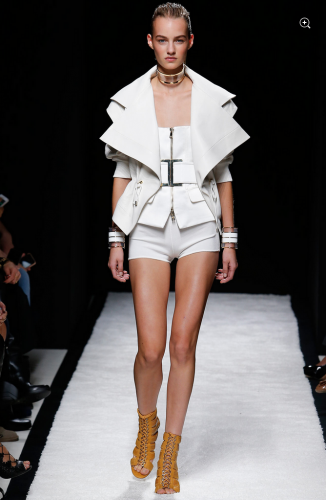 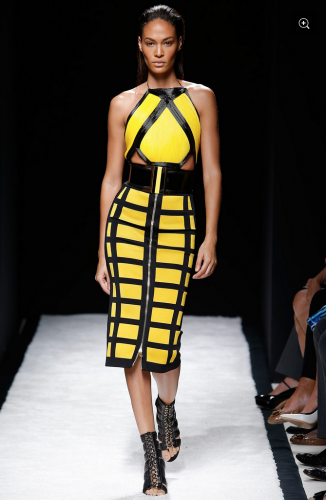 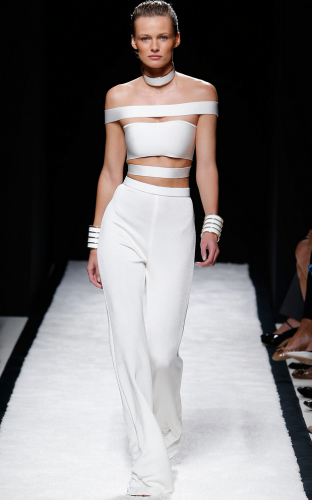 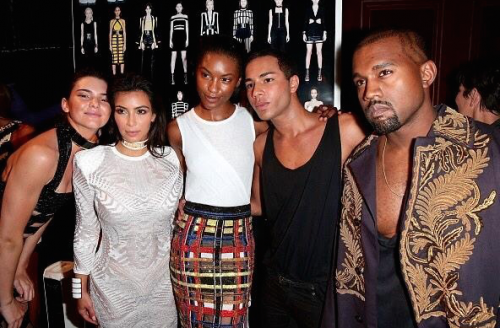 Companies such as Chanel, Balmain and Alexander Wang redesigned the “typical” runway into something that represented their line during their fashion shows.

Karl Lagerfeld, designer for Chanel, revolutionized the way a woman will dress with his Spring 2015 Ready-to-Wear fashion show. Chanel stayed away from the perfectly lit runway, and transformed the Grand Palais into a typical Parisian Boulevard. All 80 of the models stole the show as they wore the creative designs from the designer.

As the models walked down the Parisian Boulevard themed runway it allowed a person to see what these Ready-to-Wear pieces look like on an actual street.

The main themes for this line were pops of color, patterns, layering and transparency. Models such as Kendall Jenner, Joan Smalls and Georgia May Jagger strutted down the runway in their bold outfits and tweed pantsuits. Lagerfeld designed these pantsuits to give women a masculine edge.

The tweed jackets were paired with masculine features such as boxy shoulders and wide legged pants. The feminine aspects were the loud colors and patterns that some women like to wear.

According to Chanel News, Lagerfeld, used these colors and patterns to show that women who wear Chanel are “free-spirited and daring.” Also, “They progress far beyond mere social norms; they are independent, modern and active,” Lagerfeld said.

At the end of the fashion show model Cara Delevingne led a feminist protest. All 80 models walked down the street holding signs to show that as women they should have as many rights as men.

Some signs said, “History is HER story,” “ Women’s rights are more than alright” and “He for She.”

Just like Lagerfeld, during the month of October Quinnipiac’s W.I.S.H. (Women In Support of Humanity) had a table outside of the Student Center, asking people why they supported feminism. Students wrote down their reasons and took a picture supporting their reasons, which were featured on Facebook and Instagram.

Chanel shocked people at the fashion show, not just with its clothes, but with how it took interest in the feminist movement.

In Early October, Alexander Wang had his fashion show in New York. The show opened up with men doing parkour. The men dropped down like spies, jumped on trampolines doing flips and other gymnastic stunts.

H&M is known to partner with designers such as Maison Martin Margiela, Donatella Versace, Karl Lagerfeld and Roberto Cavalli. It was announced in April of 2014 that Wang, would be collaborating with H&M as its first American designer.

That very week, Twitter was filled hashtag #alexanderwangxh&m. Many people were excited that a high-end designer would be releasing pieces that most middle class people could afford. A lot of people flock to H&M when they do big collaborations like these because they do not have money to pay the normal retail price of clothing from designers such as Wang, Margiela and Cavalli.

Wang is the first collaborator working with H&M to do sports accessories such as yoga mats and goggles. From the line you can see that Wang does not have a colorful side like some designers, but that’s what make his clothes unique to him.

For this line Wang decided to make his clothes out of scuba material. As the models walked down the runway you could automatically see where he was going with this. The scuba material provided the clothes with a ready-for-the-world feel and edge.

The models wore accessories such as boxing gloves around their necks, hockey sticks, and combative military gear such as chest protection and clear face shields. Other models wore other headgear giving their outfits more of an edge aside from the scuba.

On Nov. 6 at 10 a.m. Wang released his collaboration with H&M. Fifteen minutes before the line was supposed to be released, H&M shut down its websites in order to prepare. At exactly 10 a.m. the website crashed because of too much traffic.

It did not matter if you tried using the H&M app, mobile site or the actual website, everything was shut down. The mobile app did something different and put their buyers in a queue, holding a spot for them once the website was not full.

On the actual site you could refresh the page and have a chance of getting on, but when you would click on an item, you would be sent back to the page where they give you the notification that the site crashed.

It took buyers about 30 to 45 minutes to get on to the site, in hopes that their dream items would not sell out. Unfortunately, for some people their items did sell out as soon as they got to their cart. Everything online sold out within the first day. 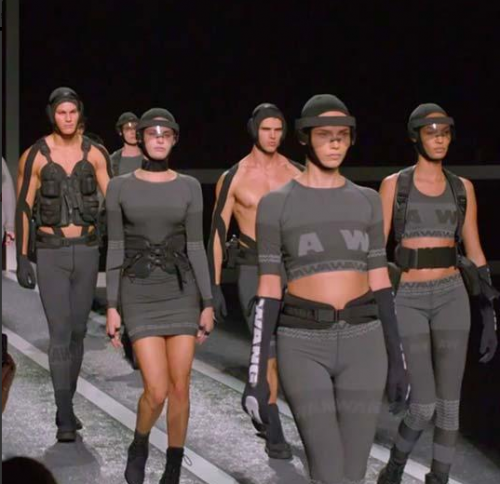