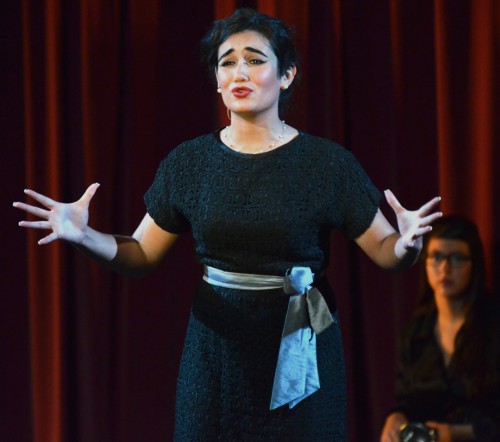 The musical is about Guido Contini, a famous Italian film director who is on the verge of a mental breakdown both personally and professionally. Guido, played by senior Sean McLaughlin, finds himself with writer’s block and endless romantic dilemmas.

McLaughlin tackled the huge role of Guido and made it his own. He revealed the many complex layers of his character in “Guido’s Song” and he held his own, considering the cast was predominantly women.

Sophomore Christina Comizio played Guido’s wife Luisa; she captivated the audience in her performance “My Husband Makes Movies.” Her powerful dramatic number “Be On Your Own” where she started crying shows how committed she was in playing the role.

Melissa Peters played Madame LaFleur and had a killer French accent, which was hilarious throughout the whole show. Sophomore Olivia Bartolomei played Claudia and her voice soared when she sung “Unusual Way.”

Freshman Carleigh Peterson played Carla, whose character is flirtatious.Her powerful voice demanded the stage, especially in her song “A Call from the Vatican.”

The rest of the ensemble’s voices blended beautifully together. One of my favorite parts was when the entire cast sang together. The harmonies in “Overture Delle Donne” really showed the cast’s strong sense of musicality and the fun chair dancing number “Be Italian” also kept the audiences’ eyes glued to the stage. 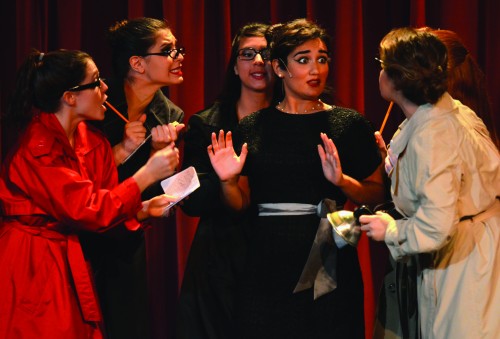 Overall, the sheer talent portrayed on the stage impressed me. All the actors seemed seasoned. They were lively, spirited and witty. Although the plot wasn’t my favorite the acting and singing made up for it.

There was just the right amount of humor. Madame LaFleur did a spectacular job incorporating the audience into the musical during “Folies Bergeres.” It made it personable which made the whole audience crack up.

To add to the humor, everytime Lina Darling entered a scene, she sassily brought a gun to try to frighten Guido. The show kept me on my toes, laughing. I empathized with Guido more because I felt bad for him.

I assumed there was going to be an outlandish set design with dazzling costumes, but it was the opposite. With a simple set design and simple costumes, I was able to focus on the stellar performances. It was clean and concise.

The cast and crew at Quinnipiac University Theatre for the Community’s production of “Nine” did a fabulous job and put together a memorable performance. 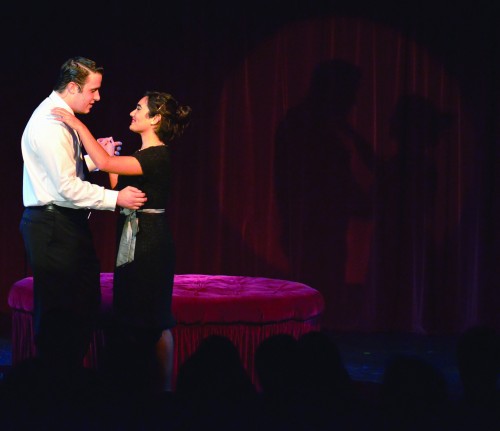