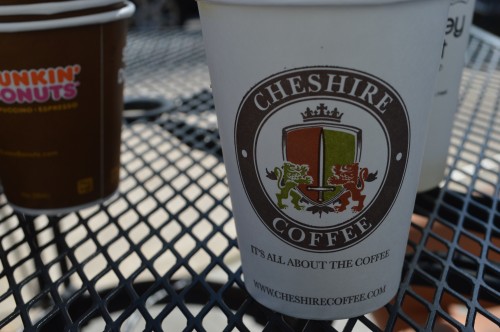 This latte was the most pleasing to the eye, overflowing with whipped cream and topped with cinnamon. Even though the latte didn’t have an overwhelming pumpkin taste, the coffee itself was delicious and was reasonably priced for the size received. I would definitely recommend trying any of Cheshire’s seasonal drinks and staying for the relaxed, cozy atmosphere.Rating: 3/5–Kelly Novak

This latte was hot and by hot I mean it looked great. There was whipped cream on top, with probably nutmeg sprinkled on top, great presentation, the most expensive and it wasn’t that big. It was a good latte but didn’t taste much like pumpkin and I don’t think I would have realized that without tasting it next to the other two drinks. Cheshire Coffee has many fall drinks but I won’t be ordering the pumpkin latte again. Rating: 3/5–Sarah Harris

This was by far the best latte out of all of them. It was sweet, but not super sweet like Dunkin. It had a little hint of pumpkin without it being overloaded. It was medium sized and had the best presentation.Rating: 5/5–Hannah Schindler 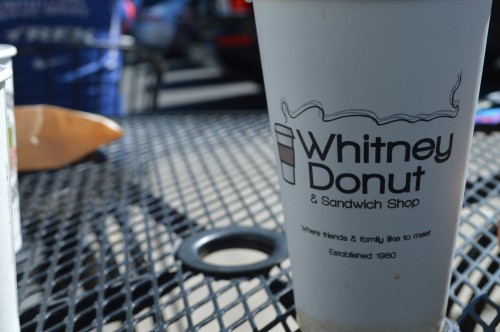 At only about $2.23, Whitney’s Donut’s small size coffee is the cheapest and largest of the three sizes, so you get more for your money. However, the coffee itself didn’t taste or smell like pumpkin at all and it was very watered down, so I wouldn’t head here for your pumpkin fix. Rating: 1/5–Kelly Novak

This “coffee” was more like water with a bit of coffee in it. It didn’t taste like pumkin either. We had it with cream and no sugar and it was absolutely awful. It was the cheapest, I think but they gave us a size of a medium coffee from Dunkin. Not impressed and definitely do not recommend. Rating: 0/5–Sarah Harris

I was pretty disappointed by Whitney Coffee. It was watery and did not really even taste like pumpkin at all. You do, however, get more for your money. Still, I would prefer to get a better coffee that was smaller though. Rating: 1/5–Hannah Schindler 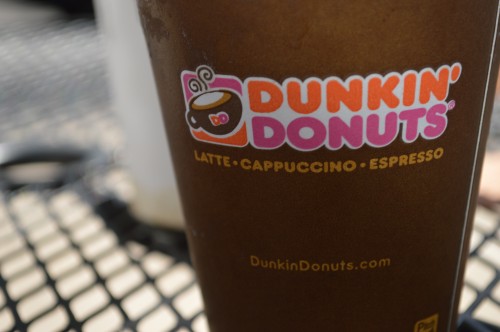 If you want the authentic taste of pumpkin in your coffee, Dunkin Donuts is the place to go. The raw pumpkin taste and just the right amount of sweetness make this the go-to for the fall season. I would suggest getting a medium or large to make it worth your money; you won’t regret it! Rating: 5/5–Kelly Novak

Dunkin Donuts never fails. Seriously. We got this latte first and didn’t drink it for like 20-30 minutes until we had the other drinks and it was still delicious even though it had become lukewarm. It actually tastes like pumpkin and ugh it’s so delicious. These lattes have become a weekly staple for me. Rating: 5/5–Sarah Harris

I was actually really surprised I liked Dunkin as much as I did. It was really small which was kind of disappointing, but the taste was strong and sweet. It tasted the most like pumpkin but was a little too sweet for my liking. Rating: 4/5–Hannah Schindler