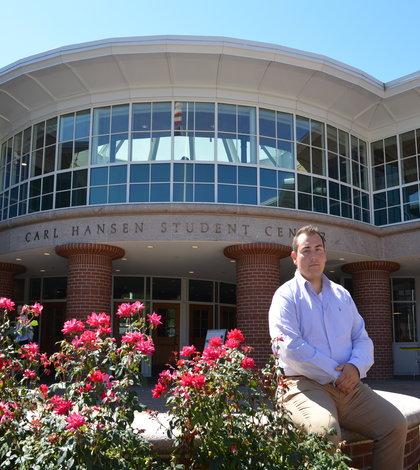 By Nicole Hanson and Amanda Hoskins

As Greek life becomes a bigger part of the Quinnipiac community, large numbers of students are taking part in recruitment for the 14 chapters on campus. Though both the sororities and fraternities will place their bids for new members at the end of the week, the process for joining each differs.

Most fraternities usually take in 10 to 20 men during the fall recruitment, according to Nick Amador, the director of public relations for the Interfraternity Council.

Numbers are much higher for sorority recruitment, according to Vice President for Recruitment Margaret Thompson. At this time in recruitment, 375 women remain in the process.

Throughout each night of the recruitment process, the selection narrows until eventually women choose their top two preferences and then the bids are revealed.

Essentially, during the process, females can be interested in pledging to multiple sororities, but the fraternity rush process is much more individualized; most males only rush one fraternity.

Each fraternity holds a number of events throughout the two week period. Those rushing can choose to go to as many or as little events as they would like.

“It’s whatever you put in,” Amador said. “You just have to show up to our events.”

Some fraternities hold an event that is a formal dinner, Amador said. However, this event is invitation only.

“It’s a different technique because girls have so many options where as for guys the options are there, it is if they actually want to go to more than one,” Amador said.

In addition, there is no charge for men to rush fraternities, while the cost to sign up for sorority recruitment is $15.

Sorority recruitment registration opened online in mid-August and closed on Sept. 11, Thompson said. Registration was initially set to to close at noon on the last day, but was extended until 8 a.m. on Sept. 12 due to increased interest toward the end of the registration period.

“We never want to turn somebody away in our community but obviously we have times to work under too,” Thompson said.

Thompson said 420 women registered and paid through the online link. After the first weekend of recruitment, 375 women are continuing through the recruitment process.

“We’re seeing a higher return rate than we have in the past which is great,” she said. “So far it’s been a very positive outcome.”

Generally, numbers are much higher for females, based on the structure of their recruitment process.

“If girls recruited the way we did, I don’t think the numbers would be anywhere close to where they are now because girls would just go to ones they like from their perception,” Amador said. “It’s more of a process of getting known on campus and getting guys to come to you because of that aspect.”

“It’s hard to get a gauge on kids because I don’t think they necessarily know their role on campus,” Greenlaw said. “I wouldn’t say it’s a problem, I would say it’s just a change we had to make.”

Freshman Jeff Mora has been attending events for Sigma Phi Epsilon and Delta Tau Delta over the past week. He said getting a bid from a fraternity is more heavily based on creating a relationship with the brothers rather than following a recruitment protocol.

“For sororities it’s more of you have to follow all these rules and you have to do each one in order to get in,” he said. “Whereas in a fraternity you have to meet everybody and that determines whether you get in.”

“I didn’t know what to expect but it’s been good,” Dalena said. “I think it might be overwhelming for some girls because they take it really seriously, but for me personally I see it as an opportunity that either will happen or won’t.”

“I’m not that stressed out, especially because my recruitment counselor has been really helpful,” Dalena said. “She’s been talking with us a lot and just kind of calming us down and not letting us worry too much.”

Although the process is quite different, both Thompson and Amador recommend students pledging to keep an open mind throughout the process.

“If you match to one of your top choices but not the other, it’s so important to still remain open because you could walk into that chapter on preference round and be so amazed by what they bring to the table,” Thompson said. “You can always be pleasantly surprised in the end.”