The Quinnipiac Chronicle • May 1, 2014 • https://quchronicle.com/47656/news/student-commencement-speakers-announced-2/

Pflug said it was an honor to be selected as the commencement speaker for the College of Arts and Sciences.

“You get through four years of college without much recognition because you just turn in your assignments, you get a grade,” Pflug said. “But it’s nice to have that appreciation, knowing that you made a difference in the community.”

Harper, who will speak at the ceremony for the School of Health Sciences and School of Nursing, said she did not expect to be chosen. 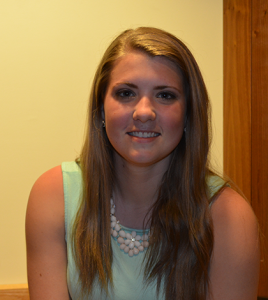 “When I got the email saying congratulations I was very excited,” she said. “But I got like a full-body shiver of nervousness at the same time. It was like good nerves.”

Harper said her campus involvement may have been why she was selected as a speaker.

“I feel like I have at least something that I can leave my friends and other people in the School of Health Science and Nursing with,” she said. “However small the message might be I just hope that people take things away with it. That’s all I want, for someone to appreciate it.”

McSpiritt said it has not really hit him that he will speak at the ceremony for the School of Business and School of Communications.

“I mean, who gets this opportunity?” McSpiritt said. “Three people out of 1,600, so I’m one of those people and I think it’s more of a culmination of everything I’ve been able to succeed here at Quinnipiac.”

McSpiritt is a peer tutor and the co-founder of Quinnipiac Student Media Business. 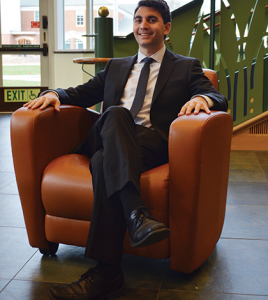 “Without Quinnipiac Student Media I wouldn’t have been in the running,” he said. “Without what I’ve been able to do, like leadership and really somebody like Lila [Carney, assistant director of student media] opening the door to be able to create something and do something and lead something.”

Pflug was the founding president of Delta Upsilon and brought the criminal justice honors society Alpha Phi Sigma to campus. He also worked with the Hamden police department over the summer as one of President John Lahey’s fellows.

“It’s been a journey,” Pflug said. “Freshmen and sophomore year I kinda tried to keep off the map, just go to my classes and do my own thing, but come junior year I started to get a lot more involved on campus.”

Pflug said he has had experience speaking in front of others because he runs fundraisers with fifth and sixth graders and heads induction ceremonies for Alpha Phi Sigma.

“I’m more of the type of person who just goes up and say what I’m thinking because that’s just how I am,” he said. “[The commencement speech is] different in the sense that I have to prepare a speech and practice it, which I’m confident in, but when it comes down to it nothing can really prepare you for speaking in front of this many people because you don’t get this opportunity often.”