Residence Halls compete to save energy 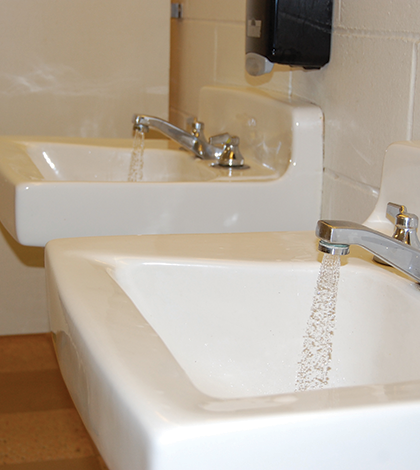 Students for Environmental Action are encouraging Quinnipiac residents to “Do it in the Dark” and reduce their electrical consumption.

SEA started Do It in the Dark in 2012 to encourage sustainability on campus, Johanna Berton, president of SEA, said.

“We wanted to do a huge event to get our name out there and to get student involvement,” Berton said. “We thought that a competition would be a fun way for students to compete against each other and save energy on campus.”

SEA, Sustainability Committee and Facilities sponsor Do it in the Dark. The three-week competition began on March 28 and will end on April 18.

One residence hall will be named the winner of the Do it in the Dark sustainability competition. The winning residents get free T-shirts and an ice cream sundae party, Berton said.

Rather than promoting the final prize, SEA focused on promoting green habits for this year’s competition, Berton said.

Berton said the results can be “incredible” if students take the competition seriously.

“One year we saved 23,000 [kilowatt hours] of energy which is equivalent to powering 300 homes for a week,” Berton said.

As of April 11, Crescent leads the competition after reducing their energy consumption by 4.2 percent. Commons is in second place and reduced their consumption by 3.6 percent.

Sophomore Zach Blanchard said Do it in the Dark could be better promoted on campus.

“I saw posters around Mountainview because I’m an RA,” Blanchard said. “I don’t think it’s promoted as well as it could be and I think it could be a really good event with a good outcome.”

“I know, as an RA and a student, that there’s a huge waste of electricity and waste of resources in general on this campus,” he said.

Berton said SEA has used multiple methods to promote Do it in the Dark this year, including banners on Bobcat Way and the cafe, two kick-off cook outs and social media.

Although freshman Caitlin McDonald said Do it in the Dark could be better promoted, she said she likes the idea of having an energy saving competition on campus.

“It challenges students to step away from the amount of technology they use today and really get involved in other community activities,” McDonald said.

McDonald and Blanchard agreed that making students more aware of the prizes could improve the competition.

“I think that it would have to be a bigger incentive for people to participate because unfortunately the student body isn’t necessarily going to be like, ‘oh I’m going to turn my lights off to save electricity’ because it’s not at the forefront of their everyday mindset,” Blanchard said. “But in that respect, if they have the incentive, they’d change their minds a little bit and say, ‘hey I really want that free thing.’”

Berton said the event has grown since its start in 2012.

“Now students are aware of what the competition is and are becoming more aware of their energy consumption,” she said. “We are hoping that in years to come, every student on campus will know what Do it in the Dark is and they will make an effort to be part of the fight to make our campus more sustainable.”