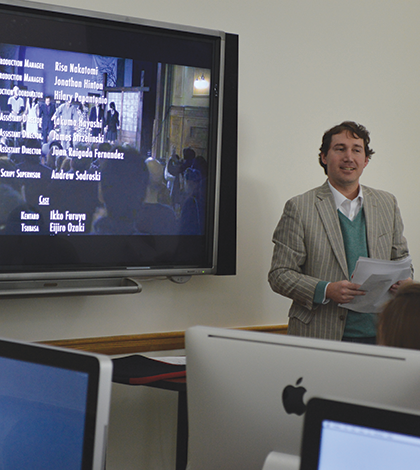 Journalism majors will no longer be split into print and broadcast concentrations as of next semester.

For the past two years, the School of Communications and the journalism department have revamped the journalism curriculum to prepare incoming students for the changing journalism field, Associate Professor of Journalism Ben Bogardus said.

“To focus a career on being a print journalist or being a broadcast journalist doesn’t make any sense anymore,” Dean of the School of Communications Lee Kamlet said. “Anybody who’s a journalist these days has to be able to do both.”

The journalism department and School of Communications decided to update the journalism curriculum after looking at the field’s current trends.

“We thought that just having print and just having broadcast and not having the ability to take courses back and forth was doing a disservice to the students,” Bogardus said.

This change will only affect incoming freshmen, not current students. The incoming class of 2018 is aware of this change and the journalism department will reiterate the information to them at orientation in the summer, Bogardus said.

Sophomore Tiffany Mut said it is a “bad idea” for journalism majors to not choose a print or broadcast concentration.

“They are completely different,” Mut said. “Broadcasting is very hands-on and personal and print is not.”

There are various classes in all levels being added to the course load of journalism majors, Bogardus said. Such courses include changes in the core classes and electives that a student can chose to take.

They consist of electronic news gathering (JRN 106), the art of journalistic interviewing (JRN 315), and broadcast performance (JRN 395.) This way journalism students will have the ability to experience both print and broadcast classes.

The journalism department and the School of Communications also hired two new faculty members that have the experience and tools to prepare students for the world of journalism, Bogardus said.

“As a print journalism major, we get basic training on how to use equipment as well as how to write for broadcast,” Ramsawak said. “I think that’s good enough especially if you’re on the fence. Those classes can help you decide on which path to go. Having incoming students take both isn’t going to be beneficial.”