Quinnipiac alum Ian Reibeisen never waited for opportunities to come his way growing up. Instead, he went out and made them. His mantra is, “Don’t wait for the invitation; just crash the party.”

Hence the name of his band. 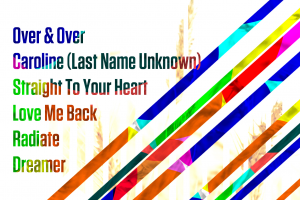 Crash The Party, a pop trio, comprised of Reibeisen, Christopher Swane and Crick Butcher, started in college, but didn’t end after Reibeisen graduated. The band comes out with its new EP, “Radiate,” on March 18 and is having its release at The Space in Hamden on Friday.

As a child, Reibeisen’s parents always had music playing. His mother always listened to Barbara Streisand and Elton John, while his dad listened to The Beach Boys.

Reibeisen never wanted to go college, but felt pressured to go because of his parents. He applied to a few schools, including Bucknell, since his entire family went there. But when Bucknell rejected him, he went to Franklin Pierce University, then left after only two days.

“As I was pulling up the driveway I knew I wasn’t staying there,” he said, “and two days later I came home and had an epiphany that I had to do something because I was embarrassing myself.”

He decided on community college for a year, then applied and was accepted to Northeastern University and Quinnipiac University. He came to Quinnipiac with the intention he would play tennis.

“I didn’t make the team, is the short answer,” he said. 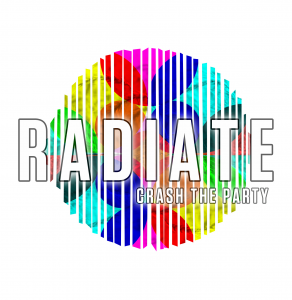 With no tennis to play, Reibeisen joined Voted Most Random in the beginning of college.

Swane was studying at Boston College, but would come to Quinnipiac to eat at Ray & Mike’s Dairy and Deli.

“The only reason I ever visited him at QU was for that amazing deli on Whitney Ave., Ray & Mike’s,” Swane said. “We’d get those ridiculous egg bomb sandwiches and the second either of us turned our back, our sandwich would be pummeled mercilessly by the other one. Like, beaten to the pulp. It’s a game we play on tour to this day, called sandwich punch.”

Crash The Party is about to kick off its tour with We The Kings in less than two weeks. Reibeisen was in London when he found out the news about the tour.

Reibeisen says most of the songs he wrote come from the experiences he gained at Quinnipiac, “without being there, these songs wouldn’t be the way they are,” he said.

The EP is made up of six different love songs.

“‘Radiate,’ which is the title track, is just about that,” Reibeisen said. “Having that feeling like no other and everything that person does just makes you feel like such a different person so amazing and you can literally feel like you’re radiating when you are around this person.”

Reibeisen’s typical day includes preparing for the tour, talking to numerous people about where they will stay during the tour to what designs they will be using for their merchandise.

Another part of Reibeisen’s day includes reaching out to fans that have sad Facebook statuses and being supportive of them. He says the fans make up so much of his life.

His longtime friend Chris Mann sees how important Reibeisen’s fans are to him.

“When I see him on stage or interacting with fans, he has this look in his eye and you can tell he is the happiest person on Earth in that moment,” Mann said.

The band firmly believes in people following their dreams and going out and making them happen.

“Go make your tracks; if you feel something is suppose to be, then make it happen,” Reibeisen said.