Fire breaks out at Aspen Glen 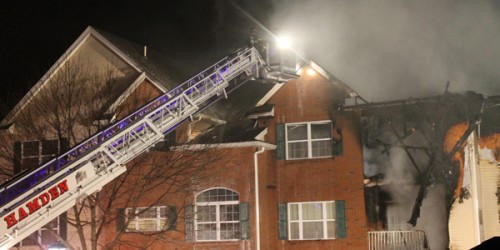 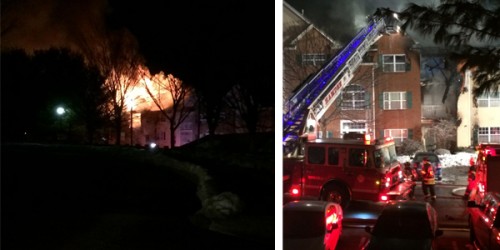 A fire broke out at the Aspen Glen Apartments Monday night, sending three people to the hospital with unknown injuries, according to National Emergency Alerts.

The fire occurred at 308 Aspen Glen Drive, according to the Hamden Firefighters’ Twitter account. The account said units were responding to the fire at 11:13 p.m. Monday.

All visible fire had been knocked down as of 11:53 p.m., according to the Twitter account. As of 12:02 a.m. Tuesday, the Hamden Fire Department determined the scene to be under control, according to the National Emergency Alerts.

Many residents were displaced immediately following the fire and the Red Cross was alerted, according to Hamden Police Sgt. Michael Cirillo.

There are 443 units in the entire Aspen Glen complex, according to Alex Stanco, a worker at Aspen Glen. Stanco estimates about 65 people live in building three.

Senior Theo Siggelakis posted on his Facebook page that his apartment burned in the fire. 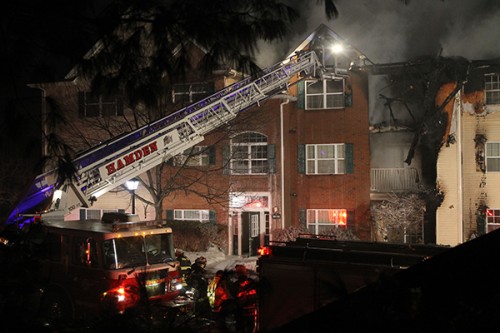 Students who have been affected by the fire can contact Residential Life at 203-582-6200, and will be given a room on campus, according to the QU Student Affairs Twitter account.

Senior Emily Ott, who also lives in Aspen Glen responded to a woman who was evacuated from the building.

“My friend called me and we ran to the porch and saw [the fire] and immediately grabbed all our coats and boots and any blankets and ran outside,” Ott said. “When we ran out we heard people screaming. It was terrifying.”

Senior Andrew Wells said his fire alarm went off even though he did not live in the building.

“We went outside and we saw the smoke,” Wells said. “We walked toward the apartment, there were fire trucks everywhere. It looked like the second and third floor of the apartment were burnt out.”