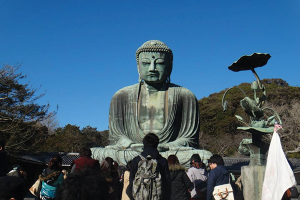 Quinnipiac has always strongly encouraged students to study abroad, whether it’s for a full semester, during the summer, or through the university’s QU 301 study abroad program. Many students take advantage of these opportunities to visit countries such as Australia, Ireland, The United Kingdom, France or Spain, to name a few.

But for others, choosing one country isn’t enough. Studying abroad can always be an eye-opening experience, but some students participate in the Semester At Sea (SAS) program instead, which exposes students to multiple languages, countries and cultures.

“Semester at Sea provides standard trips to popular cultural, historical and recreational sites led by qualified and licensed local guides,” Quinnipiac states on its website in the study abroad portal.

SAS is unique in comparison to other study abroad programs at Quinnipiac since it allows students to travel to multiple countries as opposed to living in one country for a semester.

Oct. 22, 2013, marked Semester At Sea’s 50th anniversary since first launching the “shipboard education” program. Each semester, up to 720 undergraduate students have the opportunity to partake in the program, according to Semester At Sea’s official website.

Sophomore Allison Mendola has taken the study abroad experience to a whole new level through the SAS program. Mendola is currently abroad and has visited Hawaii, Japan, China and Vietnam, but will also be pass through Burma, Singapore, India, Mauritius, South Africa, Ghana, Morocco and England later in the semester.

“I am literally able to see the world,” Mendola said in an email. “I get a taste of so many different cultures and get to meet incredible people that I wouldn’t have been able to meet.” 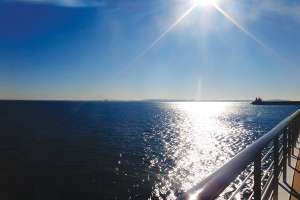 Semester At Sea students like Mendola live on a ship for about 50 days and travel to 12 different countries. Mendola describes her room as being half the size of a double in Old Village, but added that she hardly ever spends time in her room.

Senior Anmol Mehta, a finance major, participated in SAS spring semester of 2013. Mehta traveled through the same regions of the world that Mendola will be experiencing this semester.

Semester At Sea is unique from other traditional study abroad programs since it allows students to immerse themselves in a variety of cultures instead of just one, according to Mehta.

“Through SAS, students are given the opportunity to travel to countries they would have never imagined and I can tell you from experience these countries leave the biggest impact on us,” Mehta said.

When Mehta was abroad, there were only four Quinnipiac students, including himself, but said there were more than 500 students from other states and countries on the ship.

While aboard the ship, Mendola takes four classes, which are scheduled under “A” days and “B” days. Classes are put on hold while the ship is docked in a country and resumed after departing, Mehta says.

Since Mendola is a history major, she is currently taking all history courses while abroad such as Iberia in the world, international human rights, west in the world and medieval travelers.

“It’s weird not going to classes everyday and pretty hard to get into the groove of going to class after spending a week in a different country,” Mendola said. “I’m glad that I am taking classes that interest me, otherwise I think that it would be a lot harder to keep up with homework and retaining information for the class.”

Frequent traveling, in addition to the average SAS student’s workload, can make keeping in touch more of a challenge. SAS students can purchase calling cards, which cost $20 for 15 minutes, according to Tyler Alway, a senior international business major who participated in the Semester At Sea program spring semester 2013. Students are allotted 125 minutes of Internet access and telephone access costs $3.95 per minute, Mendola says.

“It was a pretty steep price to stay in contact any method other than email,” Alway said.

Many students like Alway and Mendola chose to communicate mostly through email due to the cost, but Mendola says this doesn’t bother her much.

“I am not a huge technology person so I really don’t mind being disconnected from everything,” Mendola said. “I like getting emails from everyone and you really learn that life goes on when you’re not there, but life goes on here and it’s exciting and new.”

The 19-year-old says she will be turning 20 while abroad in Ghana.

“Semester At Sea is unpredictable,” Mendola said. “I have expectations and make plans for the ports that I go to and every time everything exceeds my expectations.”

“Applying to study abroad is definitely an overwhelming and daunting process, but the end result is more than worth it,” Alway said.

Alway, Mehta and Mendola all stated that connections with professors and other SAS students are commonly made while abroad and the ship becomes a home.

“[SAS students and professors] are by far the most open and accepting people you could ever surround yourself with,” Mehta said. “Throughout the ports you experience so many eye-opening events together that you end up being closer to them than people you have known for years back home.”

Quinnipiac acknowledges the importance of going abroad and the life connections students are able to make while overseas.

“Students need to be flexible and able to understand people across cultural barriers,” Quinnipiac states online under its education abroad student FAQs page. “Study abroad presents a unique path towards acquiring these capabilities by allowing a student to experience deep immersion in another culture.”

For Mendola, this is only the beginning of her journey, as she still has eight more countries to visit before returning to the United States. When that time comes, it could be predicted that she will one day reminisce on her time abroad and look back on it as fondly as Alway and Mehta have.

“There is not one thing but everything about SAS that was my favorite,” Mehta said.