Barbecue joint back on Whitney

Bubba’s BBQ on Whitney Avenue officially opened its doors for business on Oct. 11. 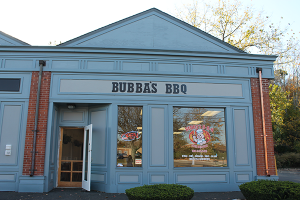 “Everything is fresh. Nothing is frozen except the [chicken] fingers and mozzarella sticks,” said Bubba Petrillo, who runs the business with his wife, nieces and other family members.

The fresh wings, according to Petrillo, are some of the most popular items. The wings come with an option of mild, honey mustard, honey BBQ and hot nuclear sauces. Bubba’s BBQ also offers several burger options, including burgers with pulled pork, pineapple, chili and pastrami.

The business will stay open late on Thursday, Friday and Saturday nights depending on how many orders it receives to better accommodate the student population, who Petrillo hopes will provide a lot of business. Petrillo expects to allow students to pay with QCash within the next three weeks.

While business has been slow so far, Petrillo hopes student activity will increase through advertisements in student media. In addition, he plans on using Facebook and Instagram to help reach the student body.

Petrillo, who owns other food establishments, said part of the reason he opened in Hamden was because of the convenient location. He was able to open quickly because the facilities were in good condition after Griff’s Chicken Shack closed.

Bubba’s BBQ is located two miles from the university in the same plaza as Primo’s Pizza.

Bubba’s BBQ has seating for groups of students and also delivers free of charge. In addition, the majority of entrees cost less than $10. Eventually students will be able to view the menu online at www.bubbasbbqhamden.com.

While Bubba’s BBQ is just two weeks old, students are excited for a change from Griff’s Chicken Shack, the old fast-food joint that operated out of the building.

“Griff’s was gross,” sophomore Justin Cotto said. Cotto, who lives in Hamden, said his family had Griff’s and described the chicken as “disgusting and overly-greasy.”

While Petrillo is not familiar with the previous business or its owners, he understands that sometimes running a food business can be difficult.

“It can get depressing,” he said. “You work weekends [and] holidays. You sometimes get Monday off if you are working for someone.”

However, since Bubba’s BBQ is a family-run business, Petrillo expects to be working often.