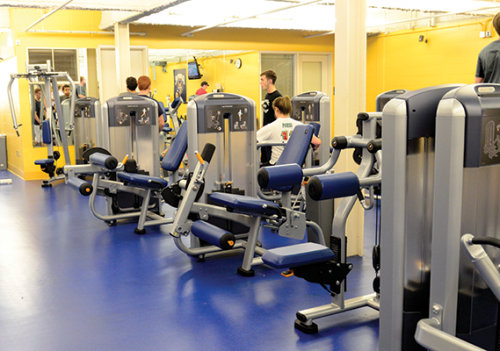 The Mount Carmel Recreation Center received $97,000 from university funds to replace the nearly 19-year-old equipment in the fitness center this past summer. 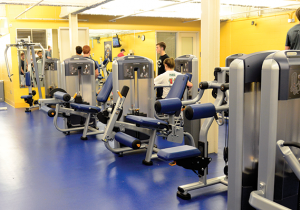 Normally, gym equipment is supposed to be replaced every eight to 10 years, especially strength training equipment.

To ensure the safety of the previous equipment, fitness equipment supplier Full Circle Padding would come and inspect cables and cushions on machines multiple times a year to make sure they were not hazardous.

“As long as you maintain it, it’s not really gonna hurt anybody,” Associate Athletic Director of the Fitness Center Tami Reilly said. “So even though the stuff was old, nobody was really getting hurt from it.”

Before students voiced their concerns, the university scheduled to purchase new equipment within the next five years, according to Reilly.

Sophomore Class President Jonathan Atkin began the process of upgrading the equipment last semester, but had the idea before he enrolled at Quinnipiac.

“My brother’s a junior here so I used to come and visit him all the time,” Atkin said. “We used to come to the gym and [students would] always complain that the equipment was so old.”

Although the recreation center had a limited amount of money to replace a few pieces of equipment each year, Atkin, while speaking with Reilly, realized that it was not enough to make much of a difference in the gym’s overall appearance.

With help from other members of the Student Government Association, Atkin began to draft a proposal that he would eventually show to Executive Vice President and Provost Mark Thompson. Along with this, SGA members created a petition for Quinnipiac students who wanted new gym equipment. Approximately 1,000 students signed the petition.

The proposal cited that some of the equipment in the gym were labeled with “Quinnipiac College,” a sure sign that the equipment was dated, Atkin said.

Atkin also stressed in his proposal that he did not believe the facilities in the recreation center matched the overall caliber of the university.

After Thompson listened to his proposal, $100,000 was set aside for purchasing new equipment.

With more money in the fitness center’s budget, Reilly, Atkin and members of the Recreation Advisory Committee sat down and highlighted exactly what equipment would be replaced. Then, in late May and early June, the university purchased the new equipment.