A new era for new media

It’s true that the print industry has been steadily declining, but the online world offers a multitude of media forms that are growing at a rapid pace.

As a student journalist about to break out into the working world, it’s difficult to be 100 percent optimistic about the future of the journalism industry. We, as students in this field, always hear: “Journalism? People don’t read newspapers anymore.” 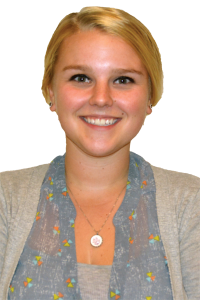 However, these pseudo-critics are mistaken. Journalism isn’t dead, it’s changing.

Users want access to media 24/7. The key to a successful news outlet is a combination of new media and multimedia journalism, different forms of content available to users around the clock. This responsibility lies in the fresh-out-of-college’s capability of learning these new journalistic techniques and learning them quickly.

The cornerstone of this field is storytelling and that doesn’t mean just writing. The profession covers a wide range of elements from photography and videography to social media and infographics. Multimedia journalism is an all-encompassing product of an increasingly Internet-savvy age.

Social media outlets like Facebook and Twitter play a huge role in spreading information to the public. Times are beginning to change, and when people find out about breaking news, they often turn to social media for links to further information.

However, this does not mean that the social media outlet itself becomes the news source. That said, the news sources should heavily promote the article or other media format while linking back to credible sources.

People want information and they want it right now. Simply writing a story isn’t making the cut anymore. We, as journalists, need to think about the best way to tell a story and within the scope of new media. That means more than just 500 words on a given topic. We live in a visual world where people of all ages are spending more and more time looking at screens and searching for visual content and that fact needs to be taken into consideration when producing content.

The future of journalism lies in the fate of the multimedia industry, and the fate of the industry lies in our hands. We must keep the content visually interesting without compromising the integrity of the piece in order to bring traffic to different sources and keep the clicks coming. It’s a daunting task that requires a lot of extra work, but as journalists, it’s our job.