Instead of a fall concert, students can enjoy the Student Programming Board’s “Fall Fest,” featuring three country artists on the Quad on Sept 28 from 2 p.m. to 6 p.m., according to Kristin Foley, SPB’s mainstage chair.

This is SPB’s first time featuring country artists as a concert event. SPB’s past fall and spring concerts have been rock, hip-hop, rap and pop, according to SPB President Robert Grant.

“Based on our surveys it is something that was long overdue,” Foley said. “With having three country acts come, [SPB] will be able to now reach a different demographic of the student body unlike any of our previous shows.”

After years of having a fall and spring concert, SPB decided it was time to change it up this year.

“We think it will provide a new atmosphere that students have not experienced from our concerts before,” Grant said. “We are always trying to think of new ways to program for the students, and I think this will be a great way to attract a different group of people that we haven’t reached in the past.”

The event is free, with the exception to the five food trucks costing $1 to $3 for students.

Attendees can expect giveaways before and during the concert of different promotional items, Foley said. The festival will be like previous fall concerts but with added features such as a Bobcat blowup for photo sessions.

“Rather than just having music, we are trying to incorporate other activities to create an upbeat fun atmosphere and kind of an end-of-summer feel,” Foley said.

Some discussed activities include ladder ball or corn hole. SPB is also hoping to have an on air personality from Country 92.5 to introduce the acts, according to Foley. The radio station will, however, construct ticket giveaways.

In years past, the fall shows have been held at either the TD Bank Sports Center or the Rec Center and have featured one or two opening acts with a main performance following.

Neon Hitch opened up for Girl Talk in 2012; Hoodie Allen, Sam Adams and 3OH3! sang in 2011; and James Smith and Bob Saget both performed their stand-up routines in 2010.

SPB will replace its traditional annual fall concert with Fall Fest if it receives positive student feedback, but keep the Wake the Giant spring concert, according to Grant.

“Our hope is to bring more than a concert to QU, but to create a new tradition and create a new fun experience for students,” Foley said. “We are really hoping to bring that fun, laid back atmosphere from Country concerts to QU.”

Stay with us for the country artists reveal on Thursday. 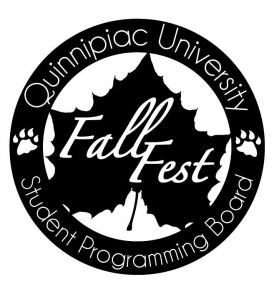