The Quinnipiac Chronicle • May 7, 2013 • https://quchronicle.com/44138/news/student-commencement-speakers-share-excitement/

Accounting major Caitlin Ziegler from Smithtown, N.Y. will speak in front of graduating seniors from the School of Business and College of Arts and Sciences at the 10 a.m. ceremony on May 19. 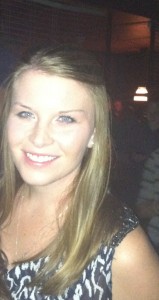 Biomedical Sciences major Timothy O’Rourke from Wappingers Falls, N.Y. will speak at the 3 p.m. ceremony for students in the School of Health Sciences, School of Communications and School of Nursing.

Ziegler and O’Rourke were among the students nominated to write and submit a speech for graduation. They received a phone call a couple weeks ago, informing them that they had been selected as the speakers, O’Rourke said.

“I was just really excited and thrilled and honored to have been selected,” O’Rourke said. “It is such an honor and such an opportunity for the future to address the members of the university community.”

O’Rourke thought that being a commencement speaker would be a great opportunity when he attended the graduation ceremony last year.

“I hadn’t really thought about it much during the year, but when I got the email, telling me to write a speech I was pretty happy,” he said. “At that point I was really excited and hoping that I would be selected to do that.”

Ziegler said she cried when she heard she would be one of the commencement speakers.

“I had received the phone call and I was totally amazed, caught off guard,” she said. “I was so grateful and I couldn’t stop smiling.”

Ziegler’s parents are also excited for her.

“They were like ‘I can’t believe that four years [ago] we were just dropping you off at college and now you’re speaking at your own graduation.’” she said. “They’re really just proud of me. It’s a nice way to culminate four years.”

Both Ziegler and O’Rourke are actively involved on campus and are co-coordinators of Senior Week.

Ziegler is on the executive board for Quinnipiac’s chapter Pi Beta Phi and Relay for Life. She is also a member of the accounting honor society Beta Alpha Phi and has been a Resident Assistant for the past three years.

O’Rourke is a member of Tau Kappa Epsilon, Fraternal Values Society, Order of Omega, Greek Leadership Honors Society and Pre-Health Professions. He was also the Vice President of the InterFraternity Council. 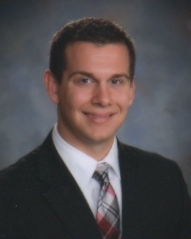 O’Rourke believes that his campus involvement caused him to be chosen as a commencement speaker.

“I put a lot of heart and passion into the work that I’ve done with all of the committees and organizations that I have been a part of,” he said.

“What’s been amazing to me is to see Caitlin as a first semester freshman and now as a second semester senior and to see the growth,” Simione said. “She’s an excellent student. Diligent in the classroom, articulate, thoughtful, but just as a human being she’s just a wonderful person.”

Ziegler said this will be something that she will be able to look back upon years later.

“This is a great opportunity and I couldn’t think of a better way to leave Quinnipiac by ending it, four wonderful years, on such a good note by speaking at my commencement ceremony,” she said.

Both Ziegler and O’Rourke are keeping their speeches a secret until commencement on May 19.