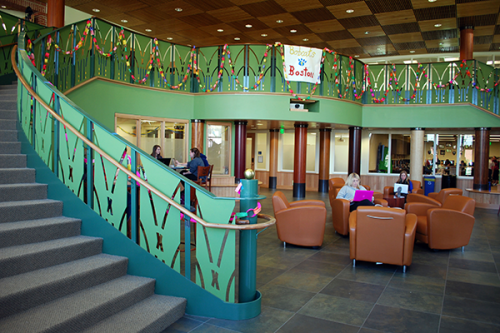 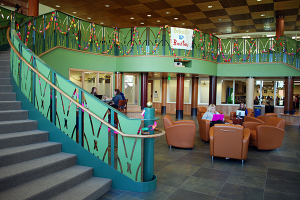 [/media-credit]Meade asked students to write something on slips of paper for Boston. He linked the papers and hung them in the piazza of the Student Center on Monday.

On Monday night, Meade read about the terrible situation in Boston, but then he heard about how people had helped the victims and wanted to do something good for the community, as well.

“I decided the night of the bombing to do something at Quinnipiac, just got the idea, pretty much out of the blue,” Meade said in an interview with Q30 TV’s The Morning After Show. “The response is great. Not one person said ‘no.’ They all said, you know, ‘give me more. I want more slips.’”

Sophomore Mary DeLage was among the students who participated.

“I just wanted to reach out after everything that happened and show my support,” she said.

Sophomore Angelica Cuzzola believes it is important to show support for the victims.

“I think it is good that they did something, especially because a lot of people here are from Massachusetts, so even if it wasn’t someone they know, it’s close to home so its important to acknowledge it,” she said.

“I think [Links of Love] is a good idea because I think the university didn’t do much for it,” O’Donnell said. “I feel the students really stepped up and did a good job with this.”