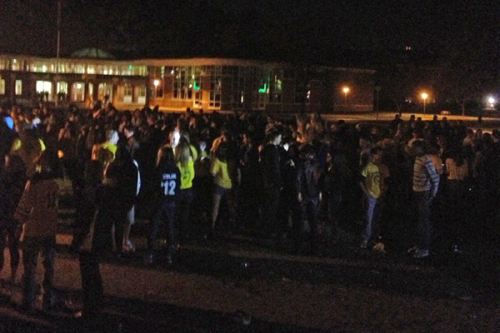 At one time or another we’ve all complained about how the school spirit at QU is weak. We whine about how the turnout at events is poor, or how Bobcat pride pales in comparison to most of the big name schools. This past week, and the passionate festivities surrounding the performance of the men’s hockey team, was a turning point for QU, and proved that our school spirit does, in fact, exist. 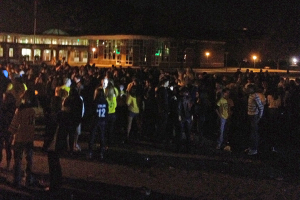 From Quinnipiac’s three campuses, to the city of Hamden and all across the country, Quinnipiac fans of all ages, races and creeds geared up to support the men’s ice hockey team in their historic quest to attain the first NCAA championship in the school’s history. The Frozen Four was all anyone was talking about for the greater part of the week, #FrozenFour and #BeatYale were trending on Twitter for two days, and the school bookstore was selling QU gear at an alarming rate.

Students gathered en masse after the Frozen Four win over St. Cloud State, and though the team fell a bit short of their ultimate goal, they did achieve something that has arguably never been at this school. Sports fans and non-sports fans rallied behind their team, the Quinnipiac Bobcats, because it was more than just the game.

Though the fan reaction after the loss was questionable, it showed more enthusiasm and dedication than QU has experienced before, and camaraderie is clear. Now that we know what our athletic teams are capable of with their hard work and our support, I think school spirit is here to stay.