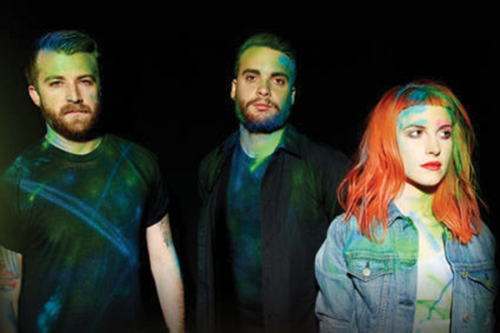 Paramore has finally returned after four years with a packed 17-track, self-titled album released through Fueled By Ramen. Released on April 9, the album quickly proves that this early 2000s punk rock group has changed in more ways than one. After losing two founding band members, the remaining trio, lead singer Hayley Williams, guitarist Taylor York and bassist Jeremy Davis, took their loss and used it as fuel to make their best album to date. 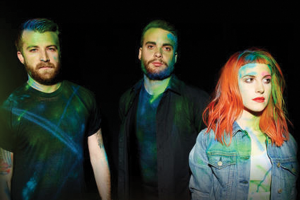 Since the release “Paramore” has been the number one CD on iTunes, beating out Justin Timberlake’s “20/20 Experience.” The anxiety filled wait was definitely worth it for fans. Even before the release, Paramore reached out to their antsy fans long awaiting their re-vamped sound by streaming a different side of their album in four consecutive nights on their website beginning April 1 and going until April 4. They coined the term and started a worldwide Twitter trend with “4sides4nights”. The video was quite literal in that sense, showing the viewer the album being played on a record player.

With 17 tracks, plus two bonus tracks found on their website, some would say the band took the words “full-length” to a new level. With a lot to tell their fans, the group has grown musically by finding new ways to genre-blend and using more instruments and synth than in previous albums. The album is broken up with three interludes, played with a ukulele, light drum beats and clapping. Williams’ voice sounds as if she is singing into an old telephone, giving a quirky-retro vibe. It’s hard to resist clapping and singing along to the rest of the album.

Found towards the beginning of the album is “Part II,” which is a sequel to their song “Let the Flames Begin,” from 2007’s Riot! “What a shame, what a shame we all remain such fragile broken things,” Williams sings in the opening verse, talking directly to the first verse of the preceding song. Following with the same “Oh Glory,” Williams brings back her past with a new refreshing and hopeful outlook.

Though the content is similar to the old Paramore we all know and love, their new sound is heard throughout the album. The incorporation of a synth, more pop driven beats and York’s ripping guitar cuts re-define Paramore. “Ain’t It Fun,” incorporates more of an R&B sound, including a gospel choir in the verses with an empowering message of finding independence. “Hate to See Your Heart Break,” is a heartfelt ballad that gives the listener more of a country vibe. William’s powerful vocals, especially in “Now,” “Daydreaming” and the closing track “Be Alone,” carry over the entire message of the album- Paramore is back and better than ever. The concluding track “Future” has a slower melody, almost as if to say “it’s not over just yet- there’s more to come.”