Basmadjian named new Dean of the School of Education 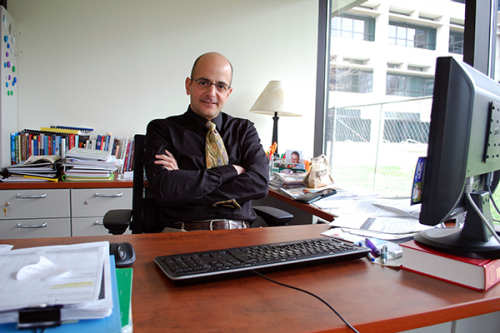 He has served as Associate Professor and Director of the Master of Arts in Teaching Program in the School of Education since 2007, and as Quinnipiac’s first Faculty Leadership Fellow with the Office of Academic Affairs.

Although he acknowledged that serving as Interim Dean will make the transition easier, Basmadjian said he looks forward to strengthening relationships with external audiences such as alumni and community schools, as he has had to balance the responsibilities of both MAT Program Director and Interim Dean for the past eight months.

Basmadjian has earned several awards and grants during his tenure at Quinnipiac including the Outstanding Faculty Scholar Award in 2011 and most recently, a Teacher Quality Partnership Grant in collaboration with the Bristol-Myers Squibb Center for Science Teaching and Learning. He has se 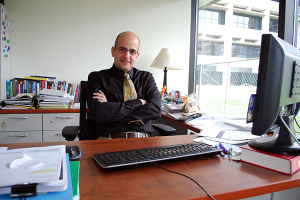 Basmadjian has also played a significant role in the development of the Learning Paradigm, an ongoing transformation in the University’s educational structure which promotes each member of the University to accept responsibility for student learning.

Basmadjian plans to expand programs such as special education and early childhood education curriculums. He also wants to launch the School of Education’s new graduate program which is now in its structural design phase.
As the new dean, he plans to strengthen the visibility of Quinnipiac’s School of Education in the greater community.

“We’re a top program in the state and I want to make sure that that becomes more widely known,” he said.
Quinnipiac is also looking to house a center or institute within the School of Education that will most likely focus on teacher advocacy.

Another goal of Basmadjian’s is to have the School of Education become a more integral part of the undergraduate experience at Quinnipiac University.

“We can bring our expertise around teaching and pedagogy and curriculum to support the larger learning paradigm initiative,” he said.

However, Basmadjian anticipates some challenges as the new Dean of the School of Education.

“Teacher education is a little bit under siege right now, so the challenge will be attracting more students to the profession,” he said.

Basmadjian expounded on this point, addressing the tensions between teachers and those who want to reform the country’s public education system.

“The challenge [is to keep] quality teaching central in this current climate of education reform, where we are still focused on creativity and inspiring students in this climate of test scores,” he said.

Basmadjian stressed that teaching is primarily about building relationships with students and motivating students to learn, much more so than it is about test scores.