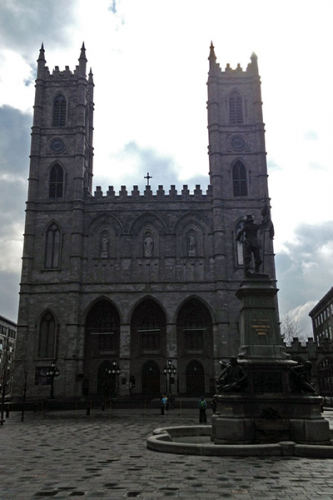 This past weekend, 30 members of the Quinnipiac community made the seven-hour drive to Montreal for a four-day adventure sponsored by the Student Programming Board. Everyone was excited because not only did the students get to miss most of Thursday and all of Friday’s classes, but the two days included an optional tour and two days of restriction-free leisure time. Students only had to check-in with a chaperone in the morning and off they could go. 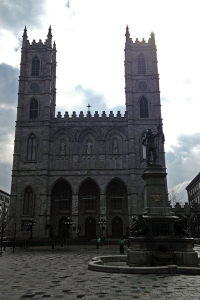 Once the seven-hour bus ride was slept off, many students on the trip piled back onto a bus for a three-hour long tour, which was led by a Montreal native who talked about everything from the monthly rent rates, to the history of buildings throughout the city. The tour also included stops at all the well-known Montreal hot spots like the Notre-Dame Basilica, the McGill University ghetto, Chinatown, Old Port and Mount Royal, which overlooked the entire city.

Once the tour was over, students were able to roam the city. One of the most popular areas, Rue Saint-Catherine, was lined with shops and connected to an underground city. Students spent most of their time in the 20 miles of tunnel also called the RÉSO, which included shops, food courts and entrances to other areas of the city. Even though it might have been a little tough to wake up the morning, day two of the trip was completely open to further explore the city. Students were encouraged to try the metro system, which would connect them to farther places and more shopping and dining areas. Although the trip was a short one, the students were able to experience a different culture all while learning the history of the historic city of Montreal and having fun at the same time.

To see more photos of Montreal, check out this extended gallery: https://www.quchronicle.com/?p=42260&preview=true