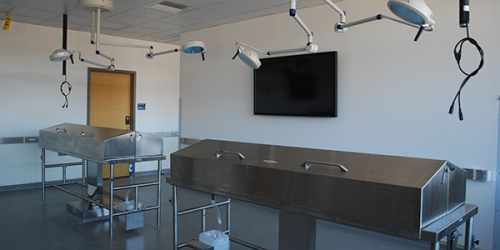 The Frank H. Netter MD School of Medicine has announced an anatomical gift program, in which people living in Connecticut can sign up to donate their bodies to the medical school once they pass away. Beginning when the medical school opens in August, the students will be able to study real bodies or cadavers to better their understanding of the human anatomy, Director of the Human Laboratory James Casso said. 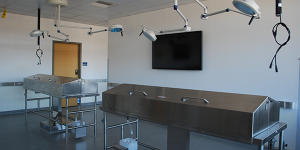 [/media-credit]“Once they decided to have a medical school, the founding deans and the administrators wanted to have this program because it would really enhance the medical school experience for the students,” he said.

Although the facility that will store the bodies will not be completed until April 1, Casso said people can fill out the forms to donate their bodies right away. People can either sign up when they are alive or have their next of kin donate their body after they have passed away.

According to Associate Professor of Medical Sciences Brian Fisher, a cadaver costs about $1,400 to buy from another medical school. Since the medical school will not be able to collect enough bodies by the time it opens in August, it is buying bodies from the Albany Medical College for the first year.

Most people who donate their bodies are more than 70 years old, but people can sign up at 18, he said. According to Casso, the medical school cannot accept people who had obesity, cancer, low weight, edema, or an autopsy. Unless they are donating their eyes, organ donors also cannot participate in the anatomical gift program.

Being able to benefit others, even after passing away, is the main reason people give their bodies to science.

“A lot of people who have relatives who are physicians understand what a benefit it is to have for a medical student,” Casso said. “It is also for people who want to contribute something after death, especially teachers. A lot of teachers donate their bodies because they can actually still teach after death.”

According to Casso, the School of Medicine will pay for the cost of cremating the body and delivering the ashes to the family. Not all medical schools do this, Fisher said.

However, the bodies will be used for a full academic year, meaning the families would have to wait to have their loved one cremated. The family can choose to have a burial, but the medical school will only cover the costs for a cremation because it is less expensive, Casso said.

With the cost of cremation and the body preservation chemicals, the anatomical gift program is expensive, Casso said. This has caused some medical schools to no longer use real bodies to teach students. Instead, students learn through a computer program.

Fisher said that the bodies will offer students a hands-on learning experience.

There will be four students studying one body, Casso said.

The bodies that are donated to the School of Medicine’s anatomical gift program will only be used by Quinnipiac students and will not be sold to other medical schools, according to Casso.

At the end of the academic year, the medical school will hold a memorial service for the deceased, attended by students, faculty and family members.

“It really gives the families the chance to realize how much we really appreciate this gift,” Casso said. “It shows people that we are very respectful and that the students are not making fun of any of the bodies. They are just here to learn and [the families] come away with a very good feeling about the students’ sincerity.”

Those who are interested in signing up to donate their body can contact the medical school for forms.