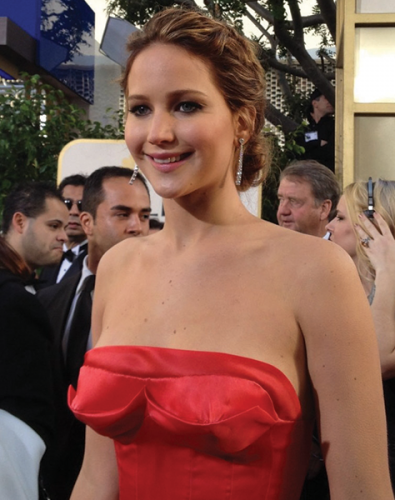 Lawrence embraced her fall up the Oscar stage with it her trademark humor and acceptance.

Everyone can relate to the semi-horrific feeling of tripping face first up a flight of crowded stairs. I have certainly had my fair share of awkward stumbles, and it almost always ends with me gathering my books and grimacing angrily as I hide my flaming cheeks. But even I cannot imagine the panic that would ensue if that trip occurred on one of the most publicized platforms in the nation.

At the Academy Awards Ceremony on Sunday Hollywood’s latest darling, Jennifer Lawrence fell victim to those tricky steps as she walked on stage to accept the Oscar for best actress. To make matters worse, this fall happened on national television. While most people would respond with mortification to erase the memory of such a flub, J-Law embraced it with her trademark humor and acceptance. The 22-year-old Silver Linings Playbook actress even admitted to reporters that she took a shot to reduce her embarrassment.

Her response was so natural, and so real that it can resonate across her fanbase, as just another thing that makes Lawrence so charming. The number of Yahoo articles, and media mentions about her in recent months are testament to her popularity, and it is refreshing to see a celebrity who promotes a healthy body image (aka not a size 2) and the value of a good sense of humor. Here’s to hoping that more actresses will follow in her footsteps.