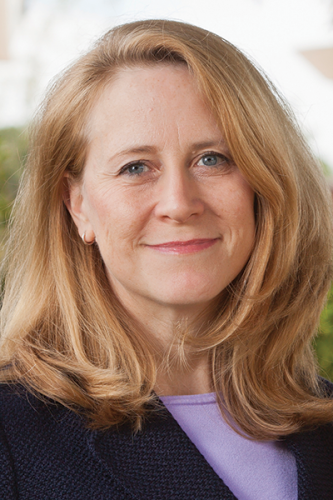 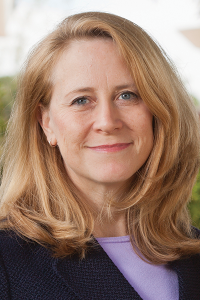 [/media-credit]Brown joined the law school’s faculty in 1994, and is currently the Carmen Tortora Professor of Law.

Brown has served as the director of the Quinnipiac Center on Dispute Resolution for nearly 15 years. She has served on the law school’s Executive Committee, Honor Code Committee and the Speakers and Conferences Committee. She is highly regarded in the legal community as a result of her work with Connecticut judges, lawyers and legal academics.

“I’m delighted with the choice,” School of Law Dean Brad Saxton said. “She’s very, very smart, she’s got great values, she’s hardworking, and she’s got great emotional intelligence, which is an important quality for an administrative dean [to have].”

Saxton, who took part in the search committee process, noted that of six confidential semifinalists, Brown was the only candidate to hail from inside the Quinnipiac community. This feature is an advantage in that she already knows the people, knows the university and knows the culture of the law school, he said.

“She can hit the ground running,” Saxton said. “… and I think the internal community is really excited about her doing it and is really pleased with the choice.”

Brown is excited to get started in the new position though there are aspects of being a full-time professor that she will miss, such as having the flexibility of when and where she works and having the opportunity to get to know individual students well.

“I hope I’ll be able to continue to have that nurturing energy as a dean, but toward the entire school,” she said.

Brown said her biggest challenges will be those that the law school will face as an institution, for example, the law school’s move from the Mount Carmel campus to the North Haven campus. Brown believes sharing a campus with the university’s other graduate programs will benefit law school students.

Brown also addressed the shifting role of law schools in America, due to both the recession and evolving factors such as client relations, globalization and advances in technology.

Brown noted how the recession has caused a contraction in the market for law jobs and a downturn in applications to law schools. Globalization of law practice and changes in the business models have affected what types of jobs are available to law students after graduation.

She said the goal of Quinnipiac’s School of Law must emphasize “how we can create a first rate legal education for our students and make it economically feasible for [both us and] them.”

Brown had been encouraged to apply for vacant deanships at other institutions but had never aspired to be a dean. She is enthusiastic about taking on the role here because of a heartfelt connection to Quinnipiac.

“To be the dean at Quinnipiac University means a lot to me,” Brown said. “Brad Saxton has been such an excellent dean for 10 years now. We have such a strong sense of community as a law school, and we really work to serve our students’ best interests.

“The university has been so good to us, is supportive of us and really wants the law school to thrive,” she said. “Being the dean of a law school at a university that wants you to succeed is a very attractive proposition and I look forward to working with Mark Thompson and John Lahey.”

Saxton echoed Brown’s appreciation of the solid support from Lahey and others in the university’s administration, as well as her sentiments regarding the sense of community present at the School of Law.