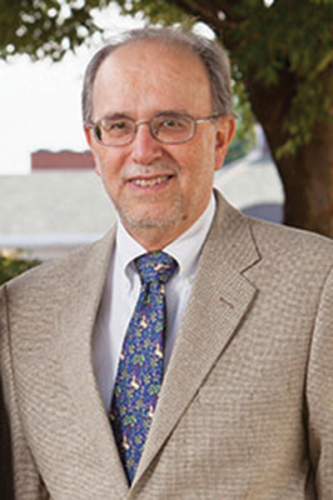 David Rosettenstein, Carmen Tortora Professor of Law, passed away on Feb. 19, after a long and courageous battle with cancer. 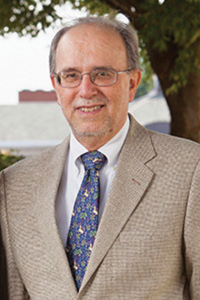 [/media-credit]Rosettenstein began teaching at the School of Law in 1981, when it was still affiliated with the University of Bridgeport. He played a key role in helping the law school reaffiliate with Quinnipiac, which went into effect in 1992.

Over the course of his tenure at the Quinnipiac School of Law, Rosettenstein taught courses in family law, labor law and remedies.

Professor Rosettenstein was respected and revered by fellow faculty members and students alike. After being chosen by the Quinnipiac School of Law Class of 2012 as Professor of the Year, Rosettenstein addressed the 151 students at their graduation ceremony on May 13, 2012.

“Professor Rosettenstein took great pleasure in identifying for students the complexities and possible inconsistencies in difficult legal material and then in helping students to unravel the mysteries,” Professor of Law Robert Farrell said. “He was devoted to his students and would not accept from them anything but their best work.”

Rosettenstein was a prolific scholar in addition to his role as a professor. He was the author of more than 40 articles and books, and presented papers at conferences on every continent except for Antarctica.

Associate Dean and Professor of Law David King described Rosettenstein as one who “demanded the best effort from himself as well as from his students. That made him a great teacher, scholar and friend.”

One of Rosettenstein’s passions was caring for animals and wildlife. He and his wife of 30 years, Abbie Baker, have been well known and admired for their rescue and care of an extensive collection of injured birds, feral cats and other animals in need.

“What always struck me about David Rosettenstein was his razor-sharp intellect and wit,” Professor of Law and newly appointed Dean of the Law School, Jennifer Brown said. “He did not suffer fools lightly, and was extremely rigorous, and yet he had a warm and compassionate heart. For example, he spent countless hours in his leisure time caring for animals in distress, both wild and domesticated.”

Rosettenstein’s most significant contributions to the University include a long-standing service as a member of the Law School’s Admissions Committee and taking on the role of Chair of the University Faculty Senate from 2003-05.

“David was a terrific teacher, scholar and colleague,” School of Law Dean Brad Saxton said. “He was extremely productive in his research and writing, and he was also wonderfully engaged with his students, both in and out of the classroom. [He] continued to serve as a mentor for many of our graduates for years after they’d graduated, and I’m already hearing from many of our alumni/ae who were very sad to learn of his passing. Our entire community will miss him, very much.”