School of Law to move to North Haven by 2014 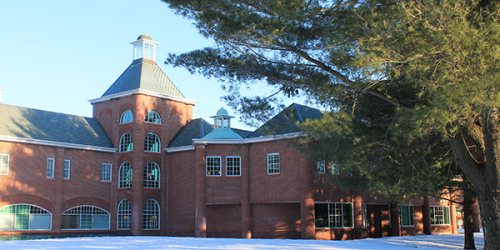 Quinnipiac University’s School of Law is projected to move to the North Haven campus by the summer of 2014, which will affect many current law students and those who plan to attend in the next few years. 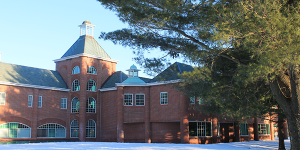 [/media-credit]In the State of the QUnion address on Jan. 30, President John Lahey detailed the university’s plans to move the law school to the North Haven campus.

By the fall 2014 semester, both Lahey and Senior Vice President for Academic & Student Affairs Mark Thompson are confident that the current law school will be vacated and ready to use for undergraduate classes.

“There are a couple of reasons that we decided to make the move,” Thompson said. “We’re developing the North Haven campus to be primarily a graduate campus, and to leave the Law School on Mount Carmel wouldn’t be as effective.”

Construction will most likely begin this summer once the medical school construction is completed, according to Thompson. The focus will then shift to renovating an existing building on the North Haven campus, Building 3, for the law school.

“The current law school building is as large as three Echlin Centers,” Thompson said. “We need that space for so many other undergraduate programs right now, and also for faculty office space. There is no shortage of needs. It’s just figuring out how the space will be utilized.”

In addition to creating more space for undergraduate classes, the move may also relieve the parking situation on the Mount Carmel campus.

“Parking on the Mount Carmel campus will definitely become easier. There’s no question about that,” Thompson said. “Most of the current law school classes are day classes. There are just under 400 law students, so the move will open up a lot of spaces for undergraduates.”

Thompson said that the reception of the plans for the law school has been positive so far, and that many of the Quinnipiac University members look forward to the move.

“Faculty and staff members have been part of the planning throughout the whole process,” Thompson said. “They have also involved students to find out their opinions.”

Erica Rocha, who is currently a first-year law student, was a member of the student panel working with architects to create the ideal building for law students.

“Coming from undergrad, we all had ideas about what we liked and would like to see in the new building,” Rocha said. “The architects were extremely open to hearing about the elements of the current law school that we wanted to keep.”

Rocha said that the panel consisted of about 10 Quinnipiac students in all years of law school. The students and architects discussed not only the layout and private study rooms, but also even smaller details such as cubbies and the ideal amount of desk space.

“From working with the architects, we know that the campus will be very practical for our needs,” Rocha said. “But it will also be great professionally. To eventually have all of the graduate programs on one campus will create a great networking opportunity to forge strong professional relationships.”

However, not all students agree with the decision.

“I really enjoyed where the law school was,” said Chris Klepps, who graduated from Quinnipiac’s School of Law in May. “I thought it was great to have such a beautiful building on main campus, and I think the building itself is what attracts some students to attend.”

Although the location is a concern for past students, some prospective students are concerned about the undergraduate to graduate ratio.

“I don’t think it’s a good idea to move the law school to North Haven,” said junior JP Orlando, who intends to go to law school after completing his undergraduate degree in legal studies. “The legal studies majors will not have the same atmosphere that they have now while preparing themselves for law school.”

Orlando said that having the law school on the Mount Carmel campus helps undergraduates interact with law students, which creates a more welcoming and familiar environment for transitioning after completing their undergraduate degrees.

Despite the reservations that some students have about the move, Rocha said she is sure that students will warm up to the new building.

“I know students are a little nervous because they are attached to the current situation and building,” Rocha said. “I can definitely understand that, but I visited the new building and I thought it was beautiful. Students may be unsure at first, but once they see it I’m sure they will fall in love with it.”