Will you go to Aaron’s Party at Toad’s? 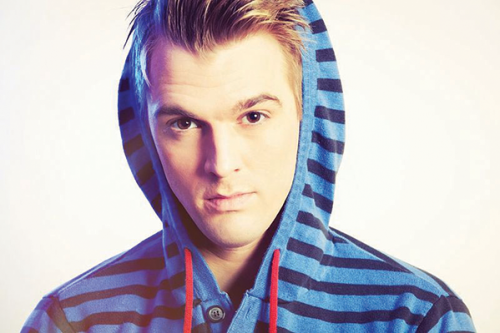 One of our favorite tween stars, Aaron Carter, will be on stage at Toads Place, Wednesday, Feb. 27, at 8 p.m.

If you were between the ages of 8 and 12 in the late 90s or were an avid J-14 Magazine reader in the early 2000s, then get ready to ‘bust out the moves like it’s MTV.’ That’s right,  Aaron Carter is coming to Toad’s Place. One of our favorite tween stars will be on stage on Wednesday, Feb. 27, at 8 p.m.

“Everyone’s pumped up about it,” said Brian Phelps, the owner of Toad’s Place. He specifically mentioned that the “90’s-turned-college” kids are particularly excited. “College kids who were in grammar school [when he was out] are totally into it,” he said.

Kicking off his new tour, “The After Party,” on Feb. 22, Carter will be performing his favorite hits like “Aaron’s Party (Come Get It),” “That’s How I Beat Shaq,” and “I Want Candy.” It’s been 11 years since he’s released a new album, and according to Billboard.com, his newest one is still in the works. Hopefully we’ll hear a new song or two and have some lyrics to doodle in our notebooks like the old days.

Tickets are selling fast, the New Haven club has already sold up to 400.

After a family reality show, sometime in rehab, an off-broadway role and “Dancing with the Stars,” Carter has kept the party going and is ready to get back in the spotlight. Move over Bieber, the original teen star is back!

Tickets cost $20 in advance and $25 at the door. There will possibly be a VIP package for a photo opportunity and autograph signing with Carter. Check the Toad’s Place website or call the box office for the most updated information.