This Is Me: In my own words 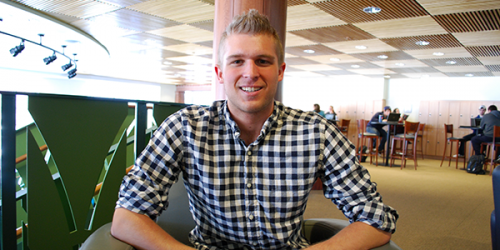 Throughout the last five years, I have written several articles for this newspaper featuring many Quinnipiac students. The stories of these individuals challenged everything I thought I knew about this community. I interviewed many fearless men and women who shared their personal lives with me. In doing so, they taught me courage, honesty and freedom of expression.

I wondered how I could share their stories with ease en masse, yet not feel confident enough to show that same authenticity with others in my life. Their stories inspired me to let my guard down. I always hoped to discover peace within myself to find the same truth those individuals showed me. I have constantly felt vulnerable in my life, but I am ready to uncover my own reality. 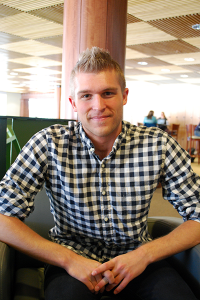 For a long time, I questioned the genuineness of anyone in my life who asked me how I was doing. I never believed friends who told me everything would be OK. I lacked assurance that I could deviate away from the person I started to become.

I don’t want to hide behind my own fear anymore. The last story I want to tell for the Quinnipiac Chronicle is my own.

I could not find the words. I felt numb from the tops of my fingers to the tips of my toes. The hoodie I wore that September night seemed like my only protection from my internal anguish and frustration.

I sat facing my friend Hannah in her room wrapped up in my own self-doubt. Hannah stared back waiting for me to talk. She knew something was wrong even though we only knew each other for a few weeks as RAs in the Suites.

I could not look anywhere else except for the ground in front of me. My mouth suffered its own paralysis as I struggled to speak. Instead, my fingers did all the talking as they fiddled on my lap.

I started to feel my tongue tingle when the words formed. My lips tensed, and I finally relented.

She stared back and smiled.

“How are you doing?” she asked.

Hannah handed me a book with places to travel around Europe. She encouraged me to study abroad as she did her sophomore year. Hannah always showed me possibility during times of hopelessness. I never expected anything but the truth from her. That reliability and genuineness made her one of the first people I could trust. She was the first person I told.

I did not understand my sexuality growing up. I always knew I was different, but it never phased me until classmates called attention to those differences. My stomach dropped when other children called me “gay,” “fag” or “girl” to my face. They used my perceived differences against me.

Classmates often teased me about my voice during recess. They said I talked and screamed like a girl, and imitated it too. They might as well have thrown rocks at me – that would have hurt less.

I cried at school sometimes, which certainly did not help my cause. I let those bullies take away my dignity. I lost my voice and the ability to stand up for myself.

Name calling eventually shifted to snide comments and snickering from across the classroom. Sometimes the girls were just as mean as the boys, if not worse. Some befriended me only to humiliate me later at their own convenience.

I quit every sport and activity at the start of middle school. I surrendered my identity and kept to myself, except for the few friends I met along the way.

I am not the only one who has ever been teased, but I grew up thinking less of myself as a person. There were times I did not think I could offer anything to this world. I could not picture myself going out on a date with anyone – let alone with someone of the same sex.

I gained weight and eventually topped off around 240 pounds my junior year of high school. I disliked the person I saw on the other side of the mirror. I lived without living.

That’s when I decided to take back control of my life.

Everything turned around when I met my friend Julie freshman year. We formed a close connection when our paths collided one Saturday night. We bonded over the fact we were hired to become RAs for our sophomore year. I never really dealt with my sexuality until I became an RA.

My first staff gave me the support I always needed, but never sought. Rhiannon and Mike taught me how to have fun. Kathy pushed me to become fearless. Mimi offered the most perceptive advice, and a shoulder to lean on. Kyle and Christina showed me unconditional love. Ruben and Danielle made me laugh. Hannah instilled faith in me. My supervisor Heather recognized confidence I never thought I carried.

This may read as just a list of names, but I could not tell this story without mentioning my second family who changed everything for me. I struggled to accept my sexuality, but they helped me become the person I am today.

I felt emotionally naked and empty on the inside from the last year. Everything I built up for myself since freshman year seemed to crumble in front of me. My school work did not reflect my personal best. I disliked my position on the newspaper as a senior. I felt disconnected from family and friends. I habitually lied to everyone. I faked a smile almost every day.

I drove home the week before Thanksgiving with purpose. My mom saw me visibly upset when I walked through the door. We sat on the couch and I stared straight at the wall in front of me. This scenario felt oddly familiar from the time I sat down with Hannah three years earlier.

I could not even continue because she acted so nonchalant about it. I could have told her I just brushed my teeth.

“You’re my only son. I love you no matter what,” she said.

That was all I needed to hear. My dad walked in from work not too long after.

“What are you guys talking about?” he asked.
“Gay relationships,” she said.

I started to open up to them but probably over-shared because they began to lecture me about alcohol.

“Matt, you need to stop drinking so much,” my mom said.

My dad proceeded to list a series of causes and effects of alcohol. I listened to them because my actions warranted the discussion, but I would be dishonest if I did not admit that I felt trapped in some cheesy public service announcement. I went home to tell them about my sexuality, but instead we discussed my possible dependency to alcohol. Of course.

Some nights I abused alcohol to mask my own insecurities and suppress feelings I wished away. I often made a fool out of myself and acted out of character. I learned my lesson.

I made a long overdue date with an old friend a few days later. I sat across Hannah for the first time in a year and a half. It did not seem like any time passed. I missed her warm hugs and infectious laughter.

“So you have to tell me everything,” she said.

I grinned. My smile suddenly did not feel so fake anymore.

My sexuality is one part of me, but it does not define me as a person. I am gay, but I am also a son, a brother, an uncle, a cousin, a nephew, a friend, a writer, a student and so much more.

I have written several articles over the years for myself, but this is not one of them. I wrote this for the person who does not know who they are yet. This is for the confused, lost and hopeless. I have been there before and I know there is endless possibility.

I do not consider myself brave. I do not wish for pity – I am the happiest I have ever been. Everyone has a story. This just happens to be mine. This is my life. This is me.