Wallpaper selected as opener for B.o.B 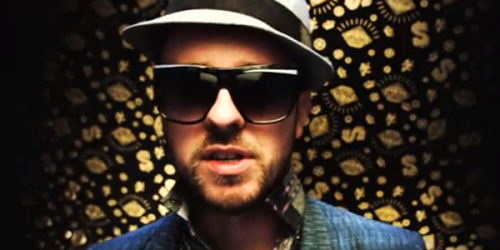 The techno-hip-hop music project, Wallpaper, will be the opener for the annual Wake the Giant concert on Saturday, April 13, snagging 48 percent of more than 600 votes casted by the student body online from Jan. 29 until Feb. 6.

“I think the students chose Wallpaper because he’ll create such an upbeat atmosphere before B.o.B goes on,” said Anna McAvinchey, the Student Programming Board’s mainstage chair. “He puts on a fun and energetic show.”

Music producer and songwriter, Ricky Reed, who’s based in Oakland, Calif, is Wallpaper’s front man. He uses auto-tune to create an exaggerated sound and thumping beats. His most popular songs include “F*****g Best Song Ever,” released in April 2012, as well as “#STUPiDFACEDD,” an EP released in December 2010. Wallpaper has toured with Gym Class Heroes and performed on Jimmy Kimmel Live and at Coachella 2012.

McAvinchey said she thinks Wallpaper’s ability to create a dance atmosphere will compliment B.o.B’s show, which has generated a lot of positive feedback so far. And the Mainstage Committee’s decisions to let students vote for the opener this year will hopefully boost that sentiment even more.

“We wanted the student body to be more involved in the show this year,” McAvinchey said. “It’s important to give them a voice, especially with such a big event that’s catered toward the whole school.”

McAvinchey said she expects a bigger turnout than Girl Talk, which drew roughly 350 people last semester. Girl Talk isn’t as well known as B.o.B on this campus, and other events occurring on the same weekend of the fall concert took away from its hype.

B.o.B has also been a top contender on SPB surveys, McAvinchey said, so they immediately jumped on the opportunity to book.

Doors open at the TD Bank Center at 7 p.m., and the show starts at 8 p.m. Tickets go on sale Thursday, Feb. 28 and can be purchased online by clicking on a link within the email sent that day. They cost $25 for graduates, guests and alumni for both floor and arena. Tickets for undergraduates cost $25 for floor and $20 for arena.

No bags, cameras or drinks will be allowed inside, and shuttles will run directly from Mount Carmel to York Hill during a time to be announced.