Orientation leaders to be paid 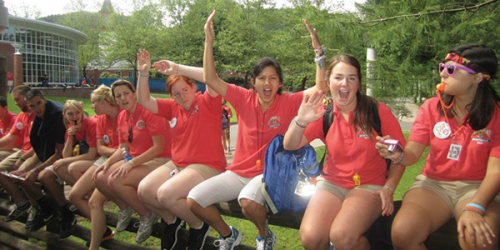 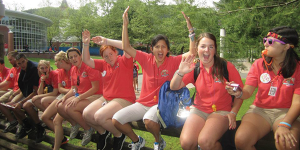 [/media-credit]The money for the new salaries will be supplemented through the orientation budget, according to Brown.

“We should be paid for what we do because it is very time consuming,” sophomore orientation leader Cierra Ponzo said. “You have to be very organized, be very on top of everything and it’s a big part of the university.”

Ponzo said it was understandable to cut the number of orientation leaders.

In the past, there have been four orientation sessions overall, with three in June and one in August. This year, there will be one more session added in June to accommodate a bigger freshmen class, according to Brown. The sessions will also take place during the week.

These changes would require orientation leaders to stay at the university for three weeks in June and one week in August. In June, one week would be dedicated to training. The four orientation sessions in June would take place over two weeks, according to Mr. Brown.

“The level of commitment we’re asking of them is a lot different this year,” Brown said. “When the opportunity was provided to be able to compensate them you know why not try to do that?”

Incoming freshmen students will have the same quality of program and the same amount of food as past years. The orientation sessions will be more centered on academics and introducing freshmen to college learning.

“Coming in, I was just excited to become an orientation leader ever since I came onto campus,” Nguyen said. “I knew I wouldn’t be paid. [But] I’m afraid that more people would want to apply because they are getting compensated.”

Brown said they are still looking for the same type of people for the job. Some of the main qualities they are looking for is someone with active campus involvement who can promote the university well and help freshmen transition into college life. There have been three information sessions for returning orientation leaders and five sessions for people interested in being first-time OLs.

“They put so much hard work into what they do, so they deserve something in return,” Rose said. “They made me feel at home when I came for orientation.”

“Of course people could apply for the wrong reasons,” Rose said, “but, then again, not everyone gets to be an OL and the process is pretty extensive.”