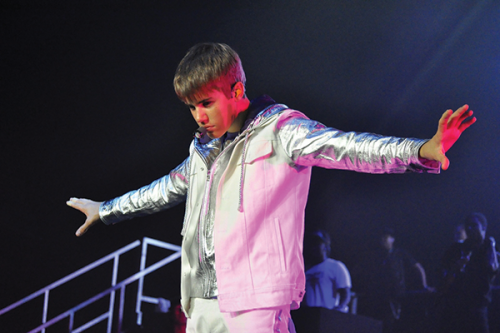 Given Justin Bieber’s 2013 track record, it’s safe to say that we’ve come a long way from the days of “Baby” and “One Less Lonely Girl.” The 18-year-old pop superstar has been featured in the news a lot lately, all beginning with his split from Selena Gomez in early January. 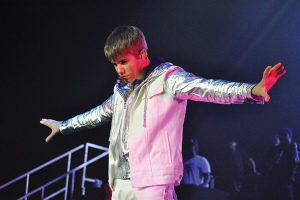 Rumors have been swirling ever since as to why he and the singer broke things off. According to sources, Gomez dumped Bieber because he cheated on her with a nursing student named Milyn “Mimi” Jensen last month. Then, in early January, the singer’s former bodyguard stepped forward with claims that Bieber assaulted him, and is suing Bieber for $420,000 in unpaid wages.

And while Bieber recently surpassed Lady Gaga in Twitter followers, he isn’t sharing just his thoughts. He recently posted a picture of his bare backside to the social networking site with the caption “#moon.” The post has since been deleted. Now the singer is being accused of taunting a fan at a gym in Charlotte, N.C. The woman, a North Carolina radio host, said that Bieber teased her, even going as far as spitting into her water bottle.

All of this drama comes hot on the heels of his pot smoking scandal, where pictures surfaced of the pop star smoking marijuana. Get your act together, Bieber. You may be a legal adult now but you’re certainly acting like a child.