Inside the Mind of a World Traveler 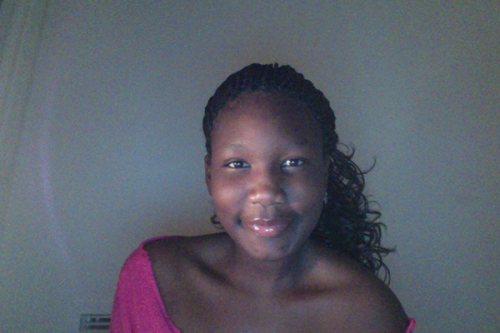 Fatou Ngom's father works for the United Nations, allowing her family to live across the globe.

Where have you lived throughout your lifetime?
So far I have lived in Senegal, Washington D.C., Togo, Kenya, Switzerland and New York.

What are your reasons for moving around so frequently?
My father works for the United Nations. He basically does humanitarian work. This includes making sure that people whose lives were affected by major events, such as the Haiti and Japan earthquakes and the war in Jordan, have what they need to survive and rebuild their lives.

What are your favorite memories from these different places?
Each experience in itself is a memory. Being able to see things that almost nobody ever gets to see is a privilege and it’s not something one just forgets.

What are some of the major differences between the United States and these other countries?
Two big things that are very different in every country are the culture and the history. They are all often very different to one another, but they also are very similar at the same time. Traveling so much has taught me that. No matter where you go, there will be things that are different from what you are used to.

How do you and your family feel about having lived in so many different areas?
I can’t speak for my parents and my siblings, but I personally feel quite indifferent about it now. I have gotten so used to moving every few years that it would feel strange to live in one place for so long. I guess you could say that it is the norm for us. It makes us who we are and it has caused us to grow even stronger as a family. It does not matter where we go; we are always a team. My parents used traveling and seeing the world as an opportunity to teach us life lessons. For example, I have learned to always be grateful for what you have instead of asking for what you don’t. My mom always says that there is no better way to learn about the world than seeing it for yourself.

Describe the hardest challenges you have faced due to your frequent moves.
Learning the languages was a challenge, but I learned very quickly. I had to. Also, getting used to the other customs and cultures took me some time.

Why did you choose to attend Quinnipiac University?
I chose QU because it was close enough (but not too close) from where my family is living in New York. I really wanted to experience living in another state.

What do you find interesting about the United States?
I find it interesting how different the states are to each other. Living in New York, I picked up on things like the famous speed walking in Manhattan. I had not realized that I am always in a hurry (going nowhere) until I came here and my friends asked me why I always walk so fast all the time.

How do you feel you have benefited and grown as a person due to your frequent moves?
Not only has moving so often taught me about all the different cultures in the world, but I also got the opportunity to see first hand just how similar to each other we all are. It made me realize that if we all focused on all the things that we have in common, we, as a planet, would all get along better with each other because we would not have as much time to focus on the negative. I think that the main problem really is that we misunderstand each other and we don’t try to learn about others’ cultures and ways of living. Seeing the world has helped me to become less ignorant and has also taught me to never believe everything people say about other places. I would rather go see it for myself and make my own opinions about things.