“Cawlidge hawkey” will always be here

College hockey has officially been a presence in the United States since 1948 when the first NCAA National Championship was held in Colorado Springs, Colo. Michigan won its first of nine titles in the inaugural year of the tournament, the most by any Division I program. The sport is also often overshadowed by the NHL.

On the morning of Jan. 6, the NHL and the NHLPA agreed to the basic framework outlining a new collective bargaining agreement, ending the 113-day lockout and salvaging the 2012-13 season. Many proclaimed on social media that Sunday morning that “hockey was back.” For those unlucky few, they were clearly unaware that hockey never left.
[media-credit name=”Designed by Sam Epstein” align=”alignright” width=”201″] 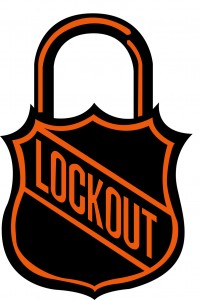 [/media-credit]
I will admit, before the lockout began, I only knew the basics of college hockey. Boston College is a national powerhouse, Union is typically the best ECAC team, so on and so forth. Yet, after the lockout began that day in mid-September, I immediately turned to collegiate and Quinnipiac puck to get my fix.

Some four months later, I regard it as one of my best decisions as a sports writer and fan.

Fortunately, as Quinnipiac students, our men’s ice hockey team is in the midst of its best season in program history. Currently ranked No. 2 in the nation by USCHO.com, while also placing first in the PairWise and KRACH ratings, men’s ice hockey has a phenomenal chance of playing in its second NCAA Tournament, its only other appearance coming in 2002. Most importantly, the Bobcats are riding a 17-game unbeaten streak dating back to Nov. 9.

With the return of the NHL, many have wondered what effect it will have on those who followed college hockey during its absence. Looking into the topic even further, how would one judge if the general public’s interest in college hockey declines when professional hockey resumes?

Perhaps the best way is to compare website hits of the past months for popular college hockey resources such as USCHO.com or CollegeHockeyNews.com. Another way to tell would be to observe attendance at college hockey games as the season progresses. Obviously, if either of these subjects decline, the interest has as well.

But, it shouldn’t be that way.

As an avid NHL fan, I thoroughly enjoy watching the league on TV or in person. Due to the nuisance the lockout caused, I told myself that I would put college and Quinnipiac hockey as priority over the NHL for the remainder of the season.* Quite frankly, there is no reason why Quinnipiac hockey fans shouldn’t do the same. Our men’s squad has 10 games remaining on the schedule, including four home contests. Four of those 10 are also against ranked teams.

Quinnipiac hockey will need all the support it can get down the stretch. Fans also need to be loyal to the sport that has never had a work stoppage, not the one that has lost countless games due to four lockouts in the past 21 years.
And remember fans, hockey isn’t back. The NHL is back. Hockey never left.

* I also told myself that I would not pay to attend an NHL game due to the lockout. Unfortunately, I already broke that promise by attending New York Islanders at the Boston Bruins on Jan. 25. Whoops.