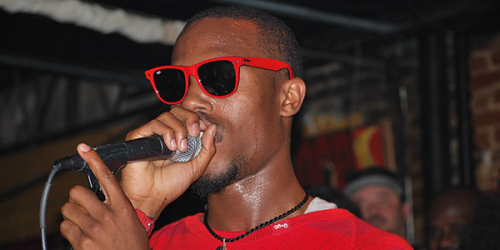 Grammy-nominated rapper and singer-songwriter, B.o.B., will be the headliner for this year’s Wake the Giant concert on Saturday, April 13, as announced by the Student Programming Board.

B.o.B., whose works include “Nothin’ on You,” “Airplanes” and “Magic,” have repeatedly landed him on the Billboard Hot 100 list. He is currently signed by Grand Hustle Records.

“It was time for a rapper,” SPB’s mainstage chair Anna McAvinchey said. “I think that’s what the QU student body wanted, and based on the SPB survey results, it was one of the top choices. I also think that everyone knows B.o.B.’s songs. They’re catchy, they’re fun, and it will be a really good show.”

Within an hour after the reveal, the response from the student body has been positive.

“I feel like a lot of people will go,” said junior Kelly Hurley, “It’s better than what we’ve ever had,” she said.

Although some students think “Nothing’s going to top Ke$ha,” said junior Anamaris Mujica, “I feel like B.O.B. could be like that too.”

In its efforts to appeal to the student body, SPB has decided that the show’s opening act will be selected by the student body in an online survey sent by email. People can choose between Wallpaper, Andrew Allen, or The Lonely Biscuits, and check out a sneak peak on Spotify.