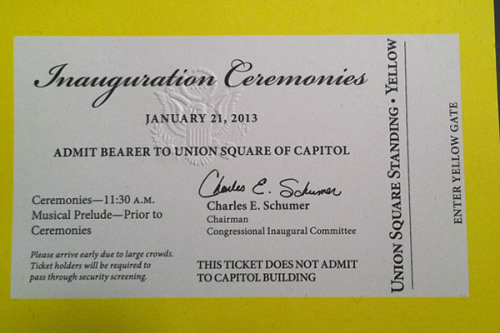 On a clear, chilly January day, President Barack Obama forecasted what the future would hold for the American people. With a clear liberal outlook, Obama seemed hopeful about what he could do in his next four years in office, despite an array of foreign and domestic issues. 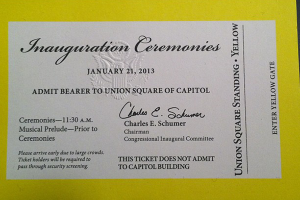 [/media-credit]
“My fellow Americans, Obama said. “We are made for this moment and we will seize it – so long as we seize it together.”

America currently finds itself recovering from, and facing many problems. Partisanship in congress, economic issues, and poverty currently burden the minds of millions of Americans. The future remains uncertain, but Obama is poised to act upon these issues.

With the Martin Luther King Jr. Memorial standing strong a short distance from the Capitol Building, the nation celebrated the second term of the first African American president on a day dedicated to the man who may have made it all possible. Only 50 years after Martin Luther led the way to civil equality, Obama now leads the nation into the future.

Although progress has been made for the equal rights of all, more should be done, Obama said. He aims to fight for the equality of women, gays and lesbians and African Americans.

“We, the people, declare today that the most evident of truths – that all of us are created equal – is the star that guides us still; just as it guided our forebears through Seneca Falls, and Selma, and Stonewall; just as it guided all those men and women, sung and unsung, who left footprints along this great Mall, to hear a preacher say that we cannot walk alone; to hear a King proclaim that our individual freedom is inextricably bound to the freedom of every soul on Earth,” Obama said.

“There is still a lack of desire on the part of the political leadership to move forward irrespective of what the public is looking for, which is, I think, a more collaborative approach to solving problems,” Jackson said.

However, New York resident Kim Blake had a much different outlook on America’s future.

Her answer was short and concise but based on statistics, not very common. Just two words.