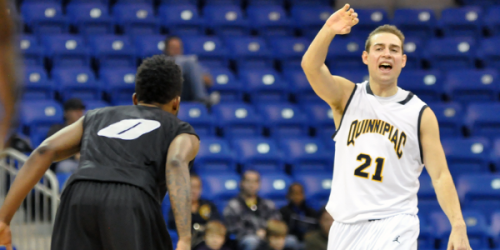 If there’s anything Evan Conti learned from head coach Tom Moore, it’s to not get down on himself. 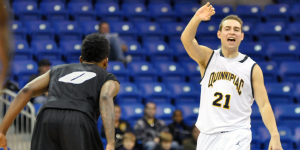 Conti shot 2 of 11 and turned the ball over four times on Thursday, including once in the final seconds that led to a St. Francis game-winning layup. But Conti’s coaches and teammates wouldn’t let him sulk.

“I got the best teammates and the best coaching staff in the country,” Conti said. “None of them let me be down on myself when the game was over. … We’re one big family here.”

Jason Brickman scored 16 points and recorded nine assists for LIU-Brooklyn (5-9, 0-2), which played without C.J. Garner, Jamal Olasewere and Julian Boyd. Boyd, the reigning NEC Player of the Year, suffered a torn ACL in mid-December and will sit out the rest of the season.

“Even though they were missing a couple of players we still wanted to play hard,” said Azotam, who scored 14 of his 17 points in the second half.

Azotam played 28 minutes Saturday, a big difference from Thursday night when he quickly got into foul trouble in the first half and registered his third foul within the first minute of the second half. He fouled out and scored just four points on Thursday.

“The way he played Thursday was unacceptable,” Moore said. “He’s too good a player to allow himself to play 11 minutes in a big game for us. He’s got to be more disciplined, he’s gotta be tougher mentally.”

The Bobcats made 14 of 20 second-half free throws, compared to 25 percent in the first half and 42.3 percent Thursday night. Quinnipiac made its last eight free throws to ice the game.

Quinnipiac, shorthanded with an injured Garvey Young, was slow early on before getting a spark from freshman James Ford Jr. With the Bobcats trailing 26-20, Ford hit back-to-back 3-pointers to start a 13-3 run and help the Bobcats get a 32-32 halftime lead.

“James has been waiting on his chance,” Azotam said. “He’s been playing well in practice every day. We know he’s a big shooter, they probably didn’t know that.”

Quinnipiac, which has struggled early this season, gets its first conference win heading into games at Bryant and at home vs. Sacred Heart, two teams that have started conference play 2-0.

“Every win is a big win in the NEC,” Azotam said. “At the end of the day we’re fighting for position in the NEC tournament, so every game is big.”