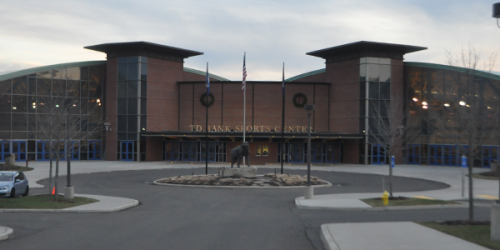 Quinnipiac University athletics announced it will officially be moving from the Northeast Conference to the Metro Atlantic Athletic Conference in 16 of the school’s 21 varsity sports effective July 1, 2013.

“This is a very historic day for Quinnipiac University,” Quinnipiac Director of Athletics and Recreation Jack McDonald said. “It is truly an honor to be extended an invitation from the MAAC Presidents Council and Commissioner Rich Ensor. Since first working with Rich Ensor to start the MAAC Hockey League in 1998, I have always admired the academic mission of the MAAC membership, as well as the outstanding reputation of its athletic programs.” 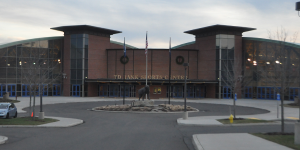 [/media-credit]Considered one of the more recognized up-and-coming universities in the Northeast, Quinnipiac switches conferences after spending 15 years in the NEC, a move that could further the brand of the university.

“The MAAC membership has sought to maintain a brand that stresses excellence in academics and athletics and Quinnipiac University fully meets that criteria,” MAAC Commissioner Richard J. Ensor, Esq., said.

All sports with the exception of field hockey, women’s rugby, acrobatics & tumbling and men’s and women’s ice hockey will make the move. Since the MAAC does not offer field hockey, Quinnipiac is expected to be an associate NEC member for field hockey, similar to Rider University and Siena College.

Quinnipiac’s men’s and women’s basketball teams are looking forward to the move.

Moore has transformed the men’s basketball team into an NEC powerhouse, having reached the conference semifinals in four of the five seasons as head coach, and making the conference championship game in 2010.

“We will be forever grateful to the Northeast Conference for the opportunity they provided us,” Moore said. “It is difficult to leave the NEC during such an exciting time of the conference’s growth.”

Quinnipiac women’s basketball head coach Tricia Fabbri said she was looking forward to joining the MAAC, but added that the NEC helped build the program into one of the top mid-majors in the country right now.

“We are grateful to the Northeast Conference for many great years of competition – we would not be where we are now without our 14 years of membership with the NEC,” said Fabbri, whose team was selected as the favorite to win the conference before this season.

Monmouth University, which has been in the NEC since 1985, also confirmed its move to the MAAC. Current MAAC member Loyola University is slated to leave the conference for the Patriot League beginning in the 2013-2014 academic year.

The NEC will feature 10 teams next year with the losses of Quinnipiac and Monmouth.

“We are now the 25th Division I conference to be impacted by the wave of conference realignment,” NEC Commissioner Noreen Morris said in a statement on the NEC website. “Next year we will be 10 members strong; and all 10 members are fully committed to the league and its vision for success.”

McDonald was appreciative of what the NEC did to build a stronger athletic reputation when the university advanced from a Division II program to a Division I school.

“Quinnipiac will be forever grateful to the Northeast Conference for fourteen years of excellent membership, friendship, sportsmanship and great athletic competition,” McDonald said. “Without the invitation to the NEC in 1998, Quinnipiac would not be where it is today in Division I.”