To vote or not to vote? 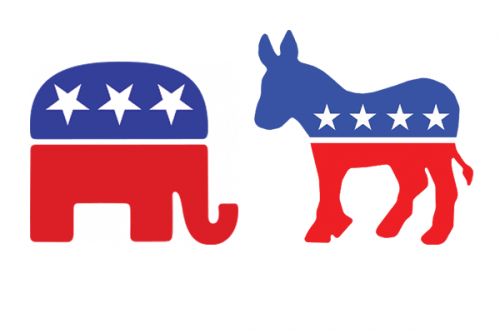 As Nov. 6 inches closer, many students are contemplating whether or not to cast a vote. Although some are eager to cast a ballot in a presidential election for the first time, others are choosing not to go to the booth at all.

“I do plan on voting in the presidential election. In fact, I already did,” freshman Rebecca Stavis-Weyser said. “I requested a ballot in the mail and voted for President [Barack] Obama. I feel confident in what I stand for. I am pro-choice and am against raising taxes on the poor and middle class. I am a strong feminist.”

Stavis-Weyer added that she wants to stand up for her deep-rooted beliefs, which made the decision to vote easy.

[/media-credit]Sophomore Thomas Dextradeur is enthusiastic simply because it’s his first time being directly involved with the election process.

“I mean, it’s the first time I’m actually able to put my opinion out there and have it count for something. It’s pretty exciting. Every vote counts,” Dextradeur said.

However, other students don’t have strong feelings about the election. Some said it isn’t what they’re focused on at this point in their lives, while others explained that because they aren’t educated on the candidates and their platforms, they don’t feel their decision would be well-informed. Also, there is a feeling that one vote won’t make a difference.

And according to a Pew Research Center study in 2008, 35 percent of voters under 30 were following the campaign. This year, that percentage dropped to 18 percent. Also, 63 percent of young registered voters said they plan to vote this year, compared to 72 percent four years ago.

“I’m not voting because I don’t have time,” freshman Tinashe Mazaiwana said. “I know it sounds really silly, but I don’t have time to go look things up and it never really crosses my mind.”

Freshman Jenna Rae Mazzola-Bialsky isn’t voting either, and explained that neither candidate appealed to her.

“I don’t like either candidate enough to have the burden that my vote could ever make a difference,” Mazzola-Bialsky said. For example, if who she voted for won, and then made poor decisions as president, she wouldn’t want to feel responsible since neither candidate appeals to her anyway.

“Students who do vote know they have a stake in this year’s elections, [and] the reality is that we all have a stake, and our generation’s current action on political issues is insufficient,” Massa said.

Massa said he thinks some students don’t vote because they feel like the decision won’t affect them in the present or the future.

“This is a foolish mind set to have because all of the economic issues are the most important issues of our lifetime,” Massa said. “As a Republican, the most important issue for me is the national debt because our current debt is over $16 trillion, which means that every taxpayer in the U.S. would have to pay $141,200 to pay off the debt. All of us who are in college now will be burdened with that amount of debt, and more if you add college loans, in our working years.”

Junior Jamie Schnicker, president of the QU Democrats, thinks college students should vote because this is their first opportunity.

“Being in college allows young voters to become aware of the candidates and issues in a more indepth way,” Schnicker said. “College students have a significant impact on swaying elections, and I think our college students know this.”

Schnicker said she thinks students who aren’t voting think either their votes don’t matter, or aren’t interested in politics at all.

“This election is extremely important for democrats,” Schnicker said. “Coming from a woman’s point of view, the social issues taking place in this election are the most significant. With a democratic win, women will be provided access to birth control and have the choice in deciding what to do with our bodies.”

Political science professor Costel Calin said students may have a hard time distinguishing between the two political parties. Because the U.S. has higher standards of living and a democracy, which many countries do not, students may feel it doesn’t matter who becomes president as long as this is maintained.

“It also might be that politicians have this image of corruption,” Calin said. “They do not work for the people that elected them, but for a minority of the people in the U.S. They work in order to get reelected, not for the benefit of the whole country. Students might not like that.”

Calin thinks all Americans want the well-being of the country to improve, but each candidate has a different plan. For example, the contrasting approaches to improving higher education. Obama pushed for increases in federal student aid programs, specifically the Pell Grant. According to Romney’s education plan, eligibility for the Pell Grant would be limited to the neediest students and the private sector’s role in student lending would increase. However in the first presidential debate, Romney said, “I’m not going to cut education funding. I don’t have any plan to cut education funding and grants that go to people going to college.”

“It is important [to vote] because it is the idea of citizenship,” Calin said. “It is our country; we need to get very involved in the political process because each vote matters here and the idea of voting is that everyone’s voices should be heard here. How is your voice heard? By voting.”