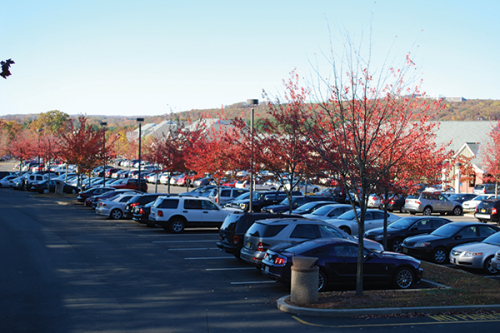 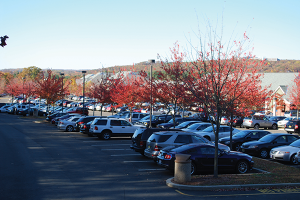 [/media-credit]“We had received information that there were students from Westwoods that were parking there illegally,” Barger said. “Students who had the right to be at Hilltop had, in fact, sold their decals to [other] students.”

Public Safety checked all of the decals in Hilltop, towing the cars that did not fit their respective decals.

The squeeze on Hilltop parking violations is part of Public Safety’s continued work to alleviate Quinnipiac’s parking troubles. Cars should be parked in their assigned areas on campus in order to keep spots available for those who are registered to use them, Barger said.

“When you’re parked in the wrong parking lot or have the wrong decal on the car, that is our equivalent to a misuse of plates,” Barger said.

The penalties include a ticket, a fine and a tow at the student’s expense.

Despite the unwarned towings, Barger said he has been pleased with student response.

“Out of the 11 [tows], we only received three complaints,” Barger said. “The students realized what had occurred, they realized that they were wrong and I can appreciate that.”

Public Safety is still investigating the 11 illegally parked cars, and has not yet issued any penalties to the students.

“We generated a report on all the vehicles that were towed, what they were towed for and what they were issued tickets for,” Barger said. “We have heard about [decal sales] happening from time to time, but it has been few and far between.”

Public Safety will follow up the sold decals with a separate investigation.