How to Deal with Unfair Professors 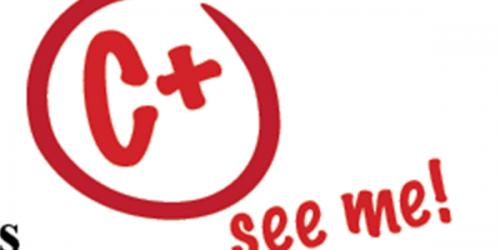 Sophomore Laura Cataldo nervously handed in her English 102 paper. She had no idea what her professor wanted in the essay because there was no prompt. Even worse, when Cataldo shared her opinions in class, the professor usually made her feel stupid, especially if they didn’t share the same ideas. But she did the best she could, and wrote what she thought her professor would agree with in hopes of getting a good grade.

Cataldo, an occupational therapy major, received an email from her professor the next day. It said her essay wasn’t constructed correctly, so Cataldo approached the professor in class. Cataldo was directed to write the paper with her professor’s opinions and choices, and when Cataldo said she didn’t feel the same way, her professor still insisted the paper be written from her point of view.

Many students encounter an unfair professor at some point during their education, and the criteria varies widely. The educator may have little availability outside of class, a confusing grading system, vague and unrealistic expectations, or favor certain classmates. Although this is a common experience, some students don’t know how to approach the situation or even whom to turn to for help. Therefore, they may ignore the problem, and the professor isn’t even aware that students are having issues.

Sophomore Greg Coutros studies political science and had a rough time with a professor in a class for his major. Not only was the professor unclear about assignment requirements, but also with the grading system.

“He didn’t know how to teach,” Coutros said. “He would get up and lecture and get angry
with us. There was no set method to his grading. You could essentially hand in the same paper and get two different grades. And even though he gave us a guidelines, he didn’t follow them. I wouldn’t say I didn’t learn anything in this class, but I had to teach the material to myself after class.”

Coutros wishes he talked to this professor about the final grade, but didn’t because he felt the professor wasn’t open, he said.

“I don’t think he would’ve heard me out,” Coutros said. “I was especially frustrated because this class was for my major.”

While some students may blame their professors for bad grades, others may also blame themselves. They try to change their study habits, or spend hours in the library. This self-blaming approach leads students to feel even more nervous about confronting their professors.

“When we hear things such as ‘It wasn’t a fair test’ or ‘The professor’s not fair,’ those are usually cries of frustration,” said Andrew Delohery, associate vice president of retention and academic success. “If you scratch at that a little bit, it’s usually the student saying, ‘This is not a good experience, and I don’t know what to do about it.’”

Sophomore and physical therapy major Katie DeMalo had trouble with a chemistry professor last spring. Similar to Coutros’ problem, her professor didn’t present the subject matter effectively. DeMalo frequently reread chapters and taught the material to herself since the PowerPoint presentations weren’t helpful. She went to the Learning Center, as well, and still ended the semester with a bad grade.

DeMalo also said her professor didn’t give enough examples in class. They would go over one, but then move on to something else without making time for questions.

“It made it hard to know what exactly [my professor] wanted out of a question on an exam,” DeMalo said.

Delohery assures that these circumstances aren’t hopeless. There are a variety of ways to handle the situation and resources to turn to if they aren’t comfortable talking to their professor.

Delohery said they should first talk to their academic advisor, who can be found on WebAdvisor on their Academic Evaluation Report. Students can also call the Learning Center for this information.

Another person to talk to is a resident assistant, especially for first-year students. Every RA goes through special curriculum to meet the needs of first years, Delohery said.

Students can also go to the Learning Center and talk to tutors.

“At the end of the day, all of these resources are going to try and help the student feel comfortable enough to go talk to the professor, because that is really the best thing to do,”
Delohery said.

Delohery also emphasized that students should avoid having specific expectations, because when they’re not met, they might assume the professor is doing something wrong. However, it’s a two-way street. Professors should be both clear and realistic in their expectations for a class.

“Students expect something out of a professor and their class, and a professor expects something from the student,” Delohery said. “It is important that those expectations are clarified, otherwise a student may then experience problems.”

While Delohery thinks it’s important for students to approach their professors, he also said professors should maintain their positions and be aware of their students. If a student isn’t doing well and hasn’t approached them yet, it then becomes the professor’s responsibility to reach out to the student.

“Across the board, I think you could consider it a foundational assumption that faculty would be expected to reach out to students to say, ‘Hey I’ve noticed you didn’t do too well on the last test, is there anything we could be doing?’” Delohery said. “‘Do you have enough time studying? Should you talk to somebody at the Learning Center, or what’s going on?’”

“It’s important to establish general grading criteria up front and reinforce them before each assignment, especially if different or new criteria apply,” Rounds said. “One of the most common complaints you hear about assignments, especially from freshmen, is ‘I didn’t know what the professor wanted.’ It’s our job to make that clear.”

Rounds said if students did have questions or concerns, he hopes they’ll approach him like a reasonable adult with a civil tone, and come with specific questions.

“Sometimes a student will point out ambiguities in an essay prompt that explain why he or she responded differently than I expected,” Rounds said. “In such cases, I may revise a grade and rewrite the prompt so it’s clearer next time around.”

Delohery said he thinks the faculty at Quinnipiac is in a good position to judge whether a student is moving toward their potential or not. Many faculty members automatically assume that responsibility, he said.

Cataldo said that she and her professor were finally able to come to an agreement about the essay. They worked on the paper together so Cataldo’s voice was still heard, but it met her professor’s style.

This may be the most effective way to solve a problem with a professor: discussing the issues face to face, perhaps starting with a certain assignment, according to both Delohery and Rounds. Initiating a conversation can lead to the next course of action, whether that’s structuring an essay differently or turning to another resource for help.