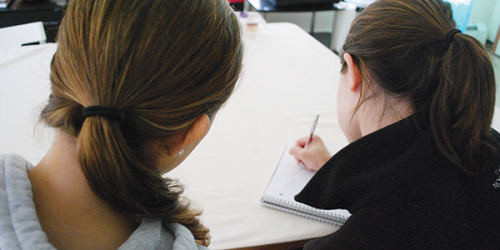 Students at Quinnipiac are expected to uphold honesty, trust, responsibility, fairness and respect as values to maintain a culture of integrity throughout their academic endeavors. Although students are required to follow an Academic Integrity Policy, cheating still exists. 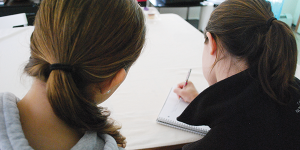 To prevent further degeneration of academic standards, Co-Director of Academic Integrity, Dr. Shelley Giordano, and the Office of Academic Affairs are looking to improve the current policy by making it a more accessible and integral part of campus academics.

They are undergoing a review process to determine how education on the policy can be most effective. The Hearing Board questions whether addressing the issue of academic integrity for freshmen belongs at orientation or instead in a new first semester course.

Giordano mentioned that upperclassmen should not forget that the policy still applies to them, and said that there is a possibility of introducing policy seminars that would be mandatory throughout students’ four years at Quinnipiac.

Professor of English Tricia Dowcett is required to present the basic principles of the policy to her English 101 and English 102 students at the beginning of each semester.

She has seen a decrease in student responsiveness to these class discussions over the past five years. Dowcett says that lately, students lack initiative when it comes to rephrasing and researching sources and are more prone to plagiarize.

“I’ve dealt with it at least once every semester, if not more,” Dowcett said. “Perhaps it’s part of the culture.”

Last semester at Harvard University, an investigation began regarding allegations of cheating by 125 students in a class of 279 on their take-home final exam.This incident has sparked discussion regarding the academic integrity at numerous institutions throughout the nation.

Quinnipiac’s policy outlines unacceptable behavior and student expectations. Giordano says that it is intended to be an educational process in which students can identify and understand errors with regard to academic integrity and subsequently learn methods to avoid making future errors.

“The purpose is sort of twofold,” Giordano said. “It looks from an academic standpoint in terms of things such as plagiarism and cheating but it also looks at honesty and respect.”

According to Giordano, cheating is still prevalent despite the policy.

“[The policy] is like an enigma, “ Giordano said. “It’s there but not everybody quite understands what it means or what the repercussions are.”

Under the policy, first offenses could lead to probation and/or failure on the exam, assignment or course. Students also risk suspension, dismissal or expulsion. Repeat offenders receive the same consequences, with greater severity.

The Hearing Board selects consequences proportional to the offense, which may include attending an Academic Integrity Seminar, writing letters of apology, or completing academic integrity projects. These sanctions will be denoted on a student’s transcript, but may be removed if the student appeals to the Hearing Board.

For Student Government Association President Ben Cloutier, cheating among his peers has not been as apparent, yet he recognizes that it is still a problem.

“I don’t know where the deficiency is,” Cloutier said. “I don’t think it’s an awareness of the policy. I think there’s something else going on.”

Cloutier suggests that a shift in culture may have fostered the blatant disregard for academic integrity.

“I would certainly hope that academic integrity doesn’t really wane with our generation,” he said.

As Giordano and the Office of Academic Affairs looks for solutions to help students make positive decisions and maintain academic integrity in their college careers, the implications that cheating may begin to cast doubt on the legitimacy of a college education are evident.