INTERVIEW: The Bank is ready to rock with Dropkick Murphys and Black 47 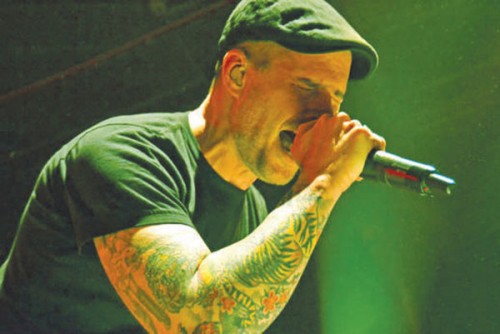 The TD Bank Sports Center is ready to be rocked by Dropkick Murphys and Black 47 this Friday, celebrating the Irish history that has found its way to Whitney Avenue.

Museam An Ghorta Mor, The Great Hunger Museum, is located on 3011 Whitney Ave., and opens to the public on Oct. 11. The concert will be held at the TD Bank Sports Center at 7:30 p.m. This event is hosted by the Office of Public Affairs and President Lahey’s office. 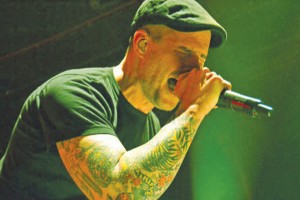 “We’re very excited to be apart of the opening day, and maybe turning some of the young people on to the idea of why there should be a Great Hunger museum,” Larry Kirwan, lead vocalist of Black 47, said.

Originating from the Bronx, Black 47 got its name from the historic period that’s been notoriously dubbed the “Black 40s.” It represents the Irish Famine, and the number 47 from 1847, the worst year of the famine. The band has been together for 22 years.

“When we first started playing, there was just no awareness at all except with the older people, and then younger people began to wonder what was the band calling themselves that name for,” Kirwan said. “Over the years the level of knowledge did spread; it’s been gratifying.”

Both bands are filled with Irish pride and portray that in their music. They keep the Irish heritage alive, especially through the history of The Famine with certain themes and messages in their songs.

The Dropkick Murphys, a more Irish-American band and a Boston favorite, rely on the stories and traditions of Irish history for their inspiration.

“It’s pretty cool to be apart of the history and stories that were told from the Black 40s,” percussionist and vocalist Matt Kelly said. “It’s why most of our families are actually here.”

The Dropkick Murphys have traditional sounds in their seven-piece band, including mandolins and bagpipes, mixed with a punk rock vibe to liven up the crowd. Kelly describes their shows  as “pure energy, just jumpin’ around and having a good time.” He said the band puts “1,000 percent” into each performance and loves crowd participation.

“We encourage fans to sing along, being part of it. We’re not a spectator sport,” Kelly said. “Our stage is your stage.”

Black 47 and Dropkick are both promising Quinnipiac a unique performance.

“We never do the same set twice. We’ll never do the set that we do at Quinnipiac again,” Kirwan said. “We’ve done over 2,500 gigs, and we try to change it every night.”

Kelly said the same about Dropkick Murphys. They keep track of every setlist for every concert. That way, if they return to a location, they know to mix it up. Each is tailored for their audience, as well, ensuring the experience will be different for everyone, even the faithful ‘Murphys.’

Though each band is distinct, both certainly revert back to their Irish roots.

“It doesn’t make it any different or any better or any worse,” Kirwan said. “We didn’t form a natural idea that we should sound like.”

He added that each band has an organic and unique sound. He also mentioned that although Black 47 has an Irish theme, his bandmates are from England and all around America.

Kelly speaks proudly about Dropkick’s tendency to keep their band’s purpose intact. “It’s a very cool thing,” he said. “For the most part we remember where we come from and the face of our fathers. We take the lyrics and incorporate it to how we grew up. It brings people together.”

The Dropkick Murphys, who have been together for 16 years, are native to Boston. “Shipping Up” is one of their most famous singles, and their Boston pride mixes with their Irish pride.

“It’s pretty cool to see over a decade and a half that we’ve left a mark on people getting more in touch with their roots,” Kelly said. “We definitely see the growth in people just getting back into traditional music which I think is just really cool.”

“Its kind of an ongoing celebration and we’ll take that celebration to a very logical place which is Quinnipiac,” he said. “The president put so much into creating this museum by gathering all these different artifacts so in a certain sense he’s getting another artifact of that period in Black 47.”