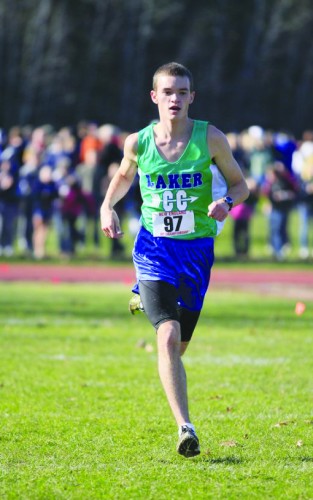 Freshman runner Brendan Copley was the top recruit for the Quinnipiac men’s cross country team this past year. When he enrolled to attend Quinnipiac this fall, he was expected to be a big part of the team. 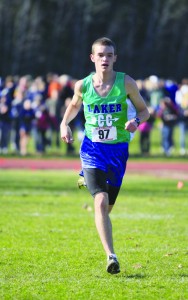 [/media-credit]In his first week as a collegiate level runner, Copley won the Northeast Conference Rookie of the Week and registered the fastest individual time for the Bobcats in each of his first two races. He finished fifth overall at the Stony Brook Invitational on Sept. 1, and 10th overall on Sept. 8 at the Bryant Invitational.

“I heavily recruited Brendan last year; he was my top recruit,” Quinnipiac cross country head coach Carolyn Martin said. “He is a kid who came to the program with very low mileage. We were a little nervous about pushing him too much too early. He’s transitioned from racing a 5k to an 8k really well, and is a very good distance runner. That’s probably impressed me the most so far.”

Copley has been used to this type of individual achievement his whole life. In high school, the Colchester, Vt. native was a three-sport varsity athlete in cross country, nordic skiing and track. Copley was named the 2010-11 Gatorade Vermont Boys Cross Country Runner of the Year, and won the 2010 Vermont Division I individual state championship with a time of 17:26. He then placed 13th overall that year in the New England Cross Country Championships with a time of 17:12.3.

The transition from high school to Quinnipiac, however, was not as seamless as it may appear.

“Just the mileage in itself is about twice as much as it was in high school, so time management skills are very important,” Copley said. “It’s very different in that respect.”

For Copley, it was not always about his individual success, though. He enjoys simply being another member of the squad.

“I’d say that it’s a very team-orientated enjoyable experience here,” Copley said speaking of being a member of the cross country team. “I enjoy the hard work you put into it every day, and the rewards you get out of it. I really enjoy the companionship with my teammates.”

Other members of the team appreciate Copley’s success as well. Senior Mike Levene knows exactly how big of an addition Copley is through his own experience.

“Watching Brendan at practice and every time he runs, it’s amazing,” Levene said. “Him coming in really working hard and getting the results he wants is good for us. We will have a really strong team at the end of the season, and Brendan will be a big part of that.”

The freshman runner did not participate in Saturday’s race when Quinnipiac hosted Central Connecticut State due to a more intense training schedule than what he was used to in high school. Martin hopes that this helps Copley progress as a runner and, ultimately, leaves his best production for the season’s end.

“I do expect he will continue getting better,” Martin said. “We are looking at it in a four-year window, and hopefully he gets better every year.”
Copley has very similar goals.

“I want to try and stay as healthy and injury-free as possible,” Copley said. “I want to be able to peek at the end of the season. Coach has been doing a very good job in putting everything in perspective, and giving us the drills to keep us prepared.”