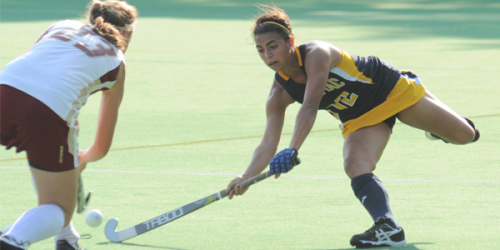 This loss marks the Bobcats first defeat after winning their first two games of the season to Holy Cross and Towson. 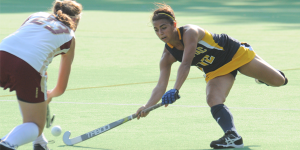 Although losing, the future looks bright for the Bobcats as they outshot Boston College 15-13 and shutout the No. 17 team in the country throughout the second half.

Quinnipiac (2-1) also recorded nine penalty corners, eight of those coming in the second half.

“This, I think, is the first team I’ve had in 18 years that had the mentality that we’re in this game with you from the start,” Main said.

Main also stated how the five freshmen in the lineup have stepped up in the first three games and blend well with the upperclassmen.

The Golden Eagles recorded their first goal just 29 seconds into the game by Nicole Shuster and the second with 49 seconds remaining in the half by Sarah Hospodar.

The Bobcats enter a stretch of eight additional non-conference games before heading into Northeast Conference play in October.

Quinnipiac will head to New Haven on Sunday to face off against rival Yale University at 1 pm at Reese Field in New Haven, Conn.