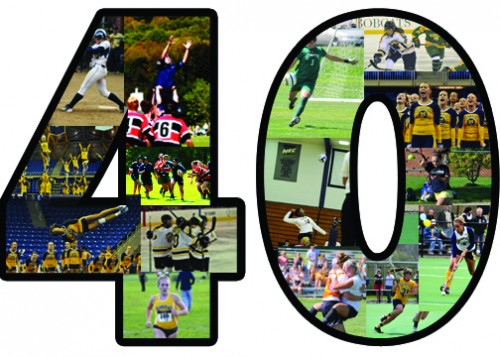 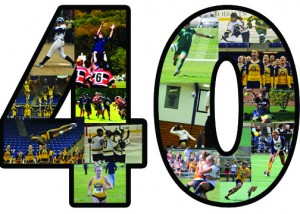 [/media-credit]This summer marked the 40th anniversary of Title IX, a law that restricts organizations in the United States from denying participation based on one’s gender. The law was created eight years after the Civil Rights Act of 1964, which ended discrimination based on religion, race, color or national origin but left out sex. While the original statute did not mention sports directly, the law has had the biggest impact in high school and collegiate athletics.

In sports, Title IX ensures that males and females are receiving equal treatment for programs that receive federal fiunding. This could be in the number of scholarship spots per team or the scheduling of games and practices as well as publicity given to the teams and housing facilities. Any favoring towards one gender could result in a violation.

Title IX gives female athletes a chance to compete at the next level as well as further their education for those who earn athletic scholarships. One essential part of Title IX at the collegiate level is that the amount of participation opportunities for men and women must match the ratio of undergraduate students at the university.

In 2009, the men’s golf team, men’s track team and women’s volleyball team were cut from Quinnipiac due to alleged budget concerns. However, that same summer the volleyball team filed a lawsuit saying Quinnipiac was in violation of Title IX and the team was reinstated. While it is unfortunate for the men on the golf and track teams, as well as any prospective student athletes, 61 percent of Quinnipiac’s undergraduate students are female compared to just 39 percent male. And so, the number of teams for males and females as well as scholarship positions matches these numbers.

With 21 Division I teams at Quinnipiac, 14 of those teams are women’s teams while the remaining seven are men. Although  Quinnipiac only has seven men’s teams and lack a football program the skewed numbers allow us to have sports most schools do not have. Quinnipiac was just the second school in the country to have a Division 1 rugby team be that male or female and, with that, came the first Division 1 matchup in the sport.

Along with the women’s rugby team Quinnipiac is also one of six schools in the nation with an Acrobatics and Tumbling team, a new sport that gives the competition of stunts and tumbling a next level of competition.

The women’s volleyball team was also back in court this summer as Quinnipiac again tried to cut the team. However once again with the help of Title IX, the team won the decision of the court and will look to rebound from a 4-25 record under new coach Kristopher Czaplinski. Czaplinski was hired as the interim coach in February when former head coach Robin Sparks was fired and escorted off campus.