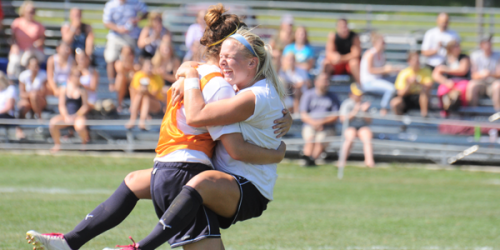 A free kick in the fourth minute from Aine McKeever was the only goal scored in Quinnipiac’s (1-0) 1-0 win over Providence (1-2-1) College Sunday afternoon.

“I think to be fair, the way we’re playing this year all depends on our team,” McKeever said. 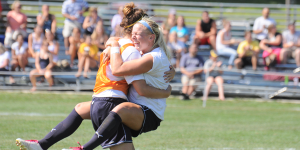 During the fourth minute, Providence committed its first infraction when a Friars defender tripped McKeever. She scored on a 20-yard free kick. The ball curved around the right side of five lined up Friars and goalkeeper Jessica Goudreault into the net to give McKeever her fourth career goal.

“I was going for a goal obviously,” McKeever said.

Quinnipiac will play its next game at home against Vermont on Friday at 3 p.m.

After McKeever’s goal, both defenses took over the rest of the way. Each team would turn over the ball consistently as the second intermission proceeded. Fifth-year senior Jill Kelley recorded five saves in the win.

“Any time any Quinnipiac beats a Big East team, it’s a cause for celebration,” Clarke said.

The Bobcats played their first game in two years with Jillian Strassner, who red-shirted the 2011 season with an injury. A former Northeast Conference Rookie of the Year and First Team selection, she returned to the starting lineup and took two shots.

Strassner had five goals and two assists during the 2010 season and four goals to go with three assists the year before, ranking second on the team in goals and points in both seasons.

Without Strassner last season, the Bobcats went a disappointing 5-10-1 after being selected fourth in the 2011 NEC preseason poll.

“In terms that we looked over last year which was a disappointment, we said we were gonna work hard as a team and if we’re gonna lose, it was going to be a team effort,” Clarke said.