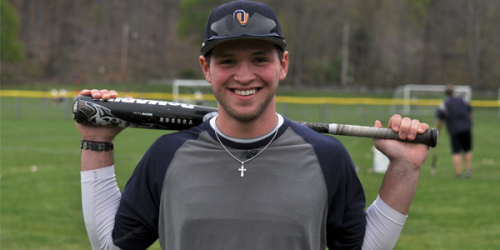 In the fall, Dale Long would play football. Then, when the program was disbanded, he switched to cross country. In the winter, he would play basketball.

But baseball in the spring has always been his passion. It’s in his blood.

His family has a long line of success in the game, dating all the way back to his great-grandfather. His grandfather spent 10 seasons in the majors and played in two World Series. His dad played in the New York Yankees minor league system. 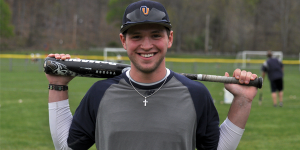 And soon enough, Long, a freshman, will be aiming to continue the success.

“I’ve always had a pretty baseball-related family,” Long said. “It’s pretty cool; I love the story. It’s cool that every family has a legacy and ours happens to be incredible baseball players, especially my grandfather.”

Long’s great-grandfather used to barnstorm with Babe Ruth in the 1920s and his father played for the Yankees, but his grandfather has the most storied career.

His grandfather, Dale, won the 1962 World Series with the Yankees and is among a short list of left-handed players who have caught a game behind the plate. He also hit at least one home run in eight straight games, a major league record that has been tied twice.

His father, also named Dale, was his high school coach for Saratoga (N.Y.) Central Catholic High School. He was the one who got him into baseball.

“My dad had gotten me started at an early age, probably like 3 years old. He had me throwing as soon as I could walk,” Long said. “I’ve always loved it, so it’s not like I was forced into it.”

Long’s grandfather was a 6-foot-4 first baseman who hit 132 career home runs. His father didn’t make it to the majors, but was a shortstop in the Florida State Rookie League after he was an All-American at Union College in 1970 and 1971.

“There’s great pedigree in there,” Quinnipiac head coach Dan Gooley said. “His grandfather played in the big leagues for 10 years, I believe. His dad played in the minor leagues for the Yankees. There are serious bloodlines in there. Hopefully it works out for Dale.”

Even though his family has had a long line of baseball success, Long said he doesn’t feel any pressure from his family.

“It’s not a big deal. It’s not like my parents are forcing me to be a major league baseball player or anything,” Long said. “It was never something they pushed on me. They wanted me to do what I wanted.”

In high school, Long posted a .450 career batting average, second in his high school history, and has recorded a program-record .592 on-base percentage. But Long was more than a baseball player; he was an athlete.

He was an all-league cornerback for his high school football team in the fall. When the program was disbanded, he switched to cross country and was named team captain. He played basketball in the winter and was the team’s captain.

He couldn’t wait for baseball, but on the basketball team’s senior night, three weeks before baseball season began, Long dove for a ball out of bounds and injured his knee. He tore his anterior cruciate ligament and his meniscus in one of his legs and missed his entire senior season.

It was an extra blow to Long because it would not only have been his senior season, but the baseball team was among the top schools in the state and had not yet won a state championship.

“Going in, it was looking like it was going to be a fun season. We were pretty highly touted,” Long said. “We had only lost like two games, and we get to the finals and we lose. It was kind of rough to watch the entire season.”

According to Adam Pallone, an athletic trainer at Quinnipiac, a torn ACL can take anywhere from 4-8 months to recover on average. Long had surgery and started the rehabilitation process shortly after.

“After surgery, the muscles tend to sort of shut off a little bit,” Pallone said. “They’re smaller things at first, a little weights, getting back to walking comfortably and being [able] to do exercises with your body weight.”

Even so, he couldn’t stay away from the field. Despite undergoing surgery, he said he still went on every road trip, to every game and to every practice.

“I was still there for leadership and motivation for all the guys,” he said. “I was still captain of the team and I helped out the coaches in any way I could.”

Long, who is studying athletic training, spoke to a physical therapist about schools with good programs, and when Quinnipiac was the first school mentioned, he did research and spoke with Gooley.

“When you have a young guy and a family like that, and we have the academic program that he wants, it looked like it was going to be a good fit,” Gooley said.

Long said he had to undergo another surgery on his knee – the third one – recently, so he is redshirting his freshman season.

“I made the decision to redshirt because it wasn’t worth it,” he said. “I couldn’t even play yet, so it wouldn’t be worth it for me to waste a season of eligibility on that.”

Though he cannot play as a rookie, he has helped the team in day-to-day activities. He said he hits fungos whenever he can and has started throwing often. He typically takes care of radar charts during the games.

“He’s done a great job at helping us out. He handles our radar gun for pitchers, he helps us in [batting practice] and infield, and there’s a lot of different things he does,” Gooley said. “Just being part of the club is really special.”

Long no longer needs crutches to get around, but he is working on getting strength back in his legs. Whether it’s a half-hour of conditioning or extra repetitions, he said he’s going to do whatever he can to get back to 100 percent health.

“I’m doing a lot of strength stuff, getting the strength in the leg back,” Long said. “The trainers have been great. They’re doing whatever they can to get me back…Hopefully by the time the summer comes along, I’ll be ready to go.”

Gooley said he is impressed with Long’s athleticism and work ethic, both on and off the field.

“He is a very hard worker. That’s probably the best part of his game,” Gooley said. “He’s fighting his way through [injuries] right now. Hopefully he’ll be ready to play this summer and then come back and show us what else he can do.”