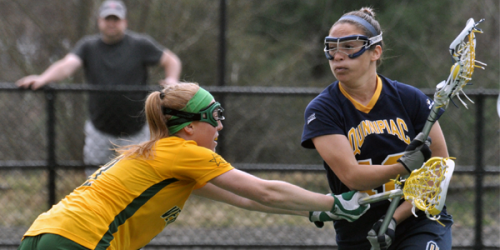 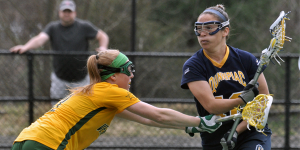 “Marissa’s one of the best players in the league but she can’t do it alone,” Quinnipiac head coach Danie Caro said. “It has to be the entire team, and right now we’re not consistent as a team.”

The Bobcats (1-4) will play their first conference game Friday as they travel to Staten Island to face Wagner at 3 pm.

Vermont (6-2) sophomore attacker Sydney Mas led the Catamounts with five goals, three which came in the first half.

“Sam did a great job for us, she has a great attitude,” Caro said. “I love the job that she did and she’s going to be a great goalie for us, but I told both goalies it’s a day-to-day decision. Whoever’s playing well and gives us the best chance to win gets the start.”