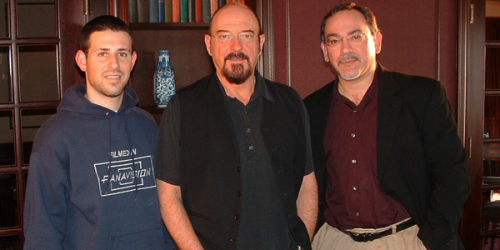 Michael Calia, director of the Ed McMahon Communications Center, worked with Sloan when he studied film and television production at Quinnipiac. Calia said that Sloan spent years as a writer’s assistant to the show, and now it’s finally paid off.

“He absorbed not only the general outlines of the well-established characters and their backstories, but he mastered the nuances of those characters and the structure of their relationships while peppering the episode with laughs and still moving the story line forward,” Calia said.

Liam O’Brien, professor of communications, taught Sloan and was proud of his accomplishment.

“George Sloan left Quinnipiac with the singular aim of pursuing a very difficult goal, to become a successful television writer in Los Angeles,” O’Brien said. “George is a shining example to every student at and graduate of Quinnipiac that persistence does indeed pay off. And such a triumph could not happen to a nicer guy.”

The ratings for “How I Met Your Mother” are up 19 percent in season 7, according to the Associated Press.