Cutting through the smoke

“It is tragic the way so many lives have been ruined by the possession of small amounts of marijuana over the years,” said Looney, a Democrat who represents New Haven and Hamden. “It is a terrible degree of suffering that is inflicted upon people for a very minor offense.” 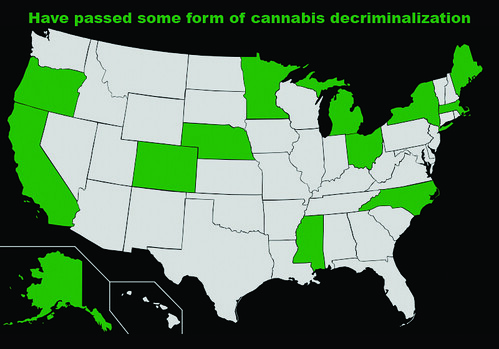 The bill was approved by a vote of 24 to 14 in the Senate Judiciary Committee in March, although the amount was reduced from less than one ounce to less than half of an ounce. The bill met strong opposition in the Senate, however, and did not advance any further.

The Office of Fiscal Analysis (OFA), an office of the Connecticut General Assembly, estimated that the bill would save up to $11 million and generate $320,000 in fines annually.

Looney said that he decided to propose a decriminalization bill because of the passage of a similar law in Massachusetts. On Nov. 4, 2008, Massachusetts voters chose by a vote of 65 percent to 35 percent to decriminalize an ounce or less of marijuana. The law went into effect Jan. 2, 2009.

Looney stressed that he did not propose legalizing marijuana, but that the punishment should fit the crime.

There will however, be a proponent of legalization visiting the Quinnipiac campus soon. Student Programming Board is sponsoring a debate on marijuana legalization between Steve Hager, former editor-in-chief of High Times Magazine, and Robert M. Stutman, a former DEA agent on Friday, Nov. 6 at 8 p.m. in Alumni Hall. Both will present opening statements, take questions from the audience and offer closing remarks.

“It’s educational, interesting and relevant to our generation,” said Lindsey Burroughs, Student Programming Board Talks and Topics chair. “This is a real issue that ties into other current events, such as health care costs and policy, that students should pay attention to, hear both sides of, and make an educated decision about.”

“The blight that is caused in people’s lives by having a drug conviction on their records is far disproportionate to the harm actually caused by the use or possession on these small amounts of drugs,” Looney said.

Any decriminalization bill would likely need strong support in the legislature to pass, as Republican Gov. M. Jodi Rell has been opposed to reforming marijuana laws. In June 2007, Rell vetoed legislation that would have in effect legalized medical marijuana.

Looney thought that it was likely there would be another push to legalize medical marijuana in Connecticut, in light of the Department of Justice’s announcement that they would no longer raid distributers of medical marijuana who conform with state law. He said that concerns about conflicting with federal law hurt the proposed medical marijuana bill, because any physician who prescribed marijuana risked losing their federal license.

Looney said that he plans to reintroduce his decriminalization bill sometime in 2010 or 2011.

“I didn’t expect it to happen in one year,” Looney said. “But it has begun the process for a dialogue about what our laws regarding possession of marijuana should be.”